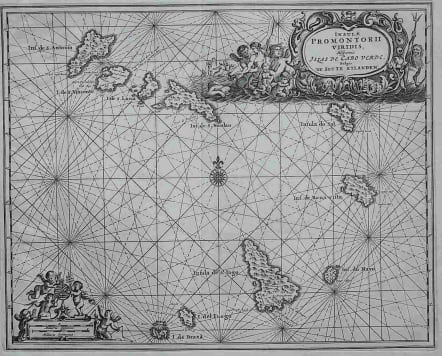 A beautiful sea chart of the important Cape Verde Islands based on Blaeu's map of the same title. Beautifully embellished with rhumb lines and a compass rose, it features two cartouches with cavorting cherubs and mermaids. Good strong impression 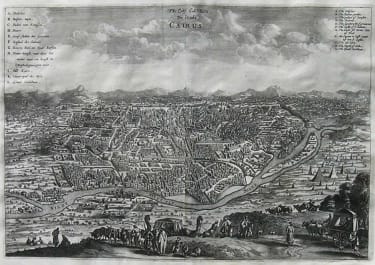 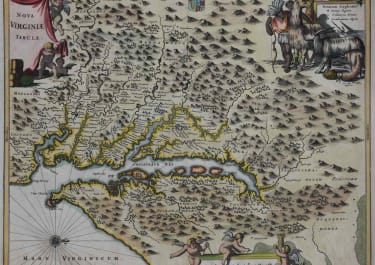 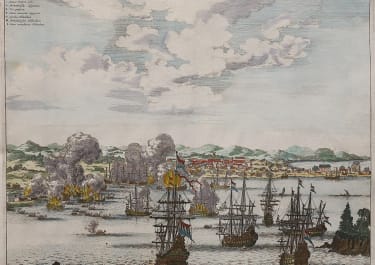