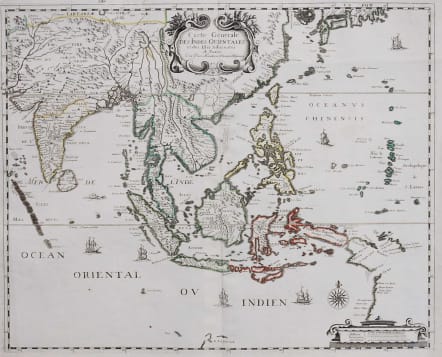 Superb and attractive early map of South East Asia from the Maledives to the South of Japan with parts of the northern Australian coast, published by Mariette

The map is derived from Henricus Hondius’ map of 1638. G. F. De Wids landt is identified in Western Australia, as is the Australian coastline below Papua New Guinea.

Early map showing the Dutch discoveries on Cape York and Western Australia based on either Blaeu’s or Hondius’s map, issued 1635 and 1638 but without a dedication cartouche at bottom left. Interestingly it includes the Trial Islands off the Western Australian coast which were to remain a mystery for nearly 200 years.

Some 17thc annotation in margin not affecting map, otherwise 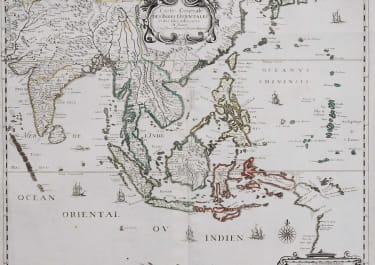 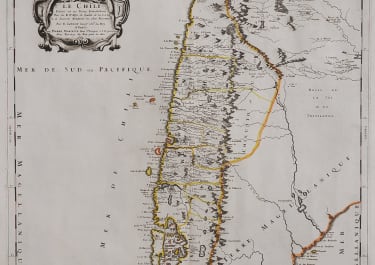 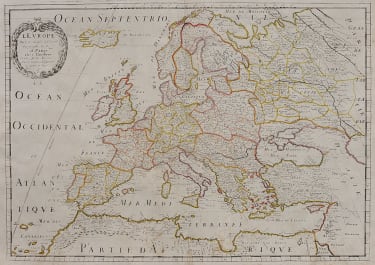