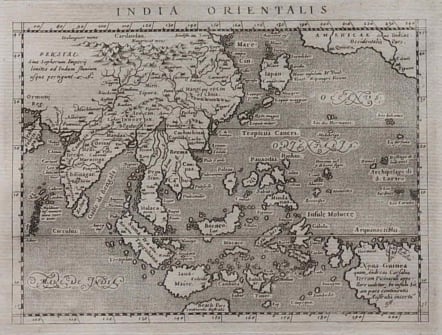 Beautifully engraved small map of the island groups based on Ortelius' classic map of the region, sans the decorative details. Sumatra is named as Taprobana, and Japan is shown in its kite-shaped configuration. The western coast of North America appears in the upper right corner with the place names of Quivira, Cicuic and Tiguex. A massive New Guinea appears in the lower left, while a little protrusion of the southern continent is named as Beach pars, from the reports of Marco Polo. The seas are stipple engraved with dramatic calligraphic lettering. Engraved by Girolamo Porro.

Ref: Parry, The Cartography of the East Indian Islands, pp 79-80. 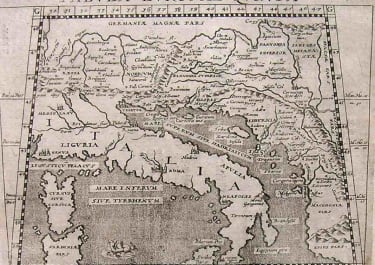 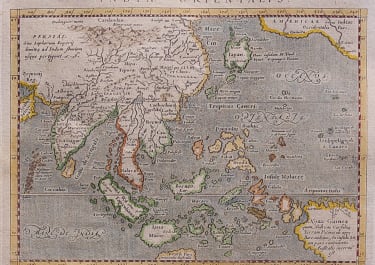