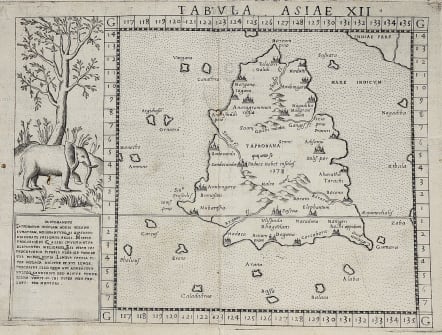 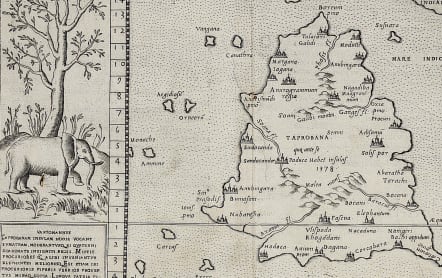 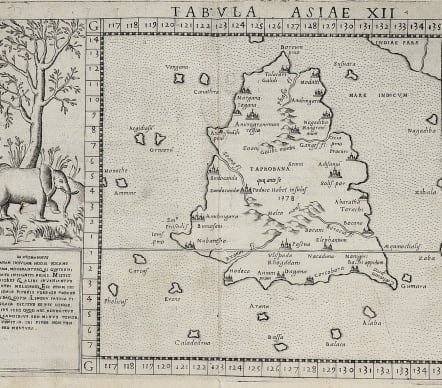 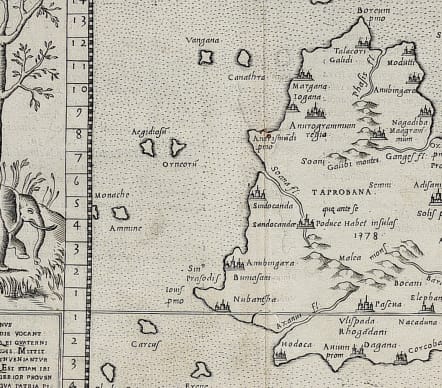 :Scarce FIRST edition of this map depicting the island of Ceylon (Taprobana), based on Gastaldi's 1548 map. An elephant with descriptive text next to the map.

Ptolemy's mythical island of Taprobana originally became associated with Sri Lanka although it was sometimes confused with Sumatra. Taprobana, as it was called on most early maps, was an important post for trade between the east and the west, and was drawn too large on many maps because of its importance.

The line across the lower part of the island represents the equator, and the numbers below the line indicate the degrees east of Ptolemy's prime meridian in the Canary Islands. 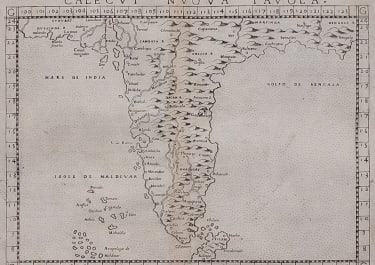