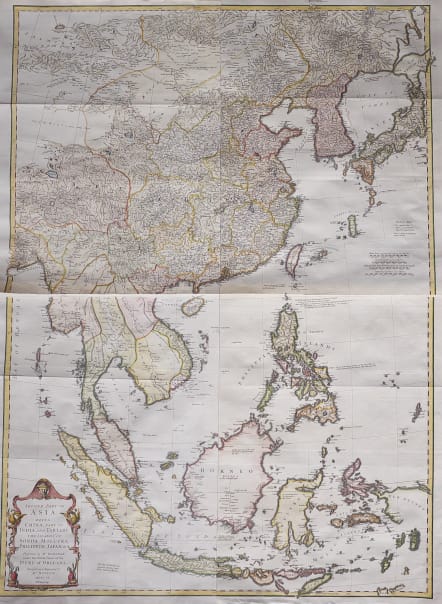 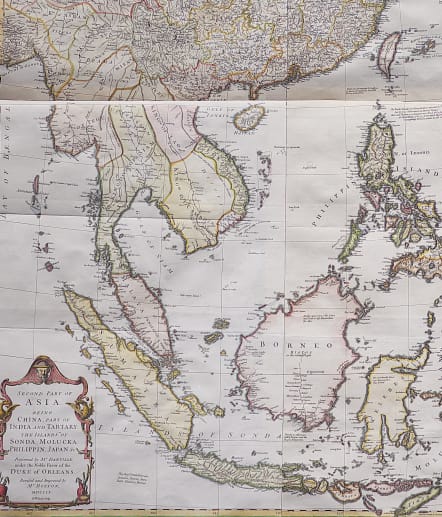 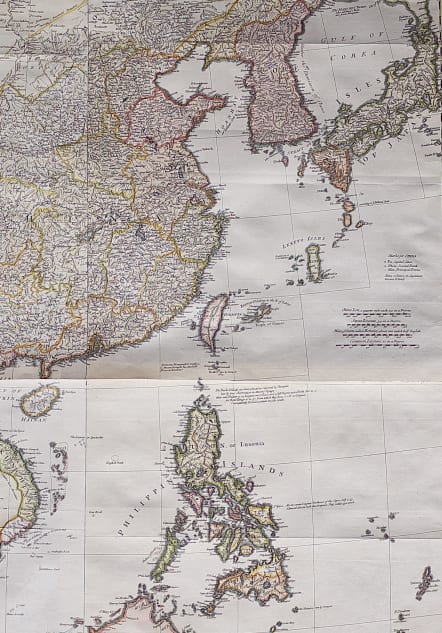 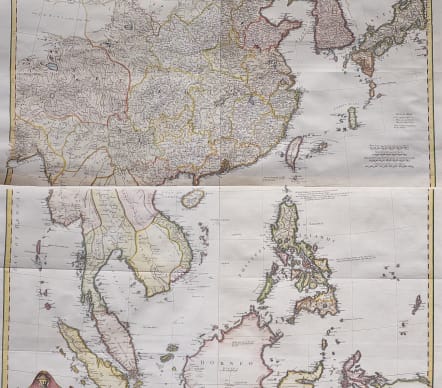 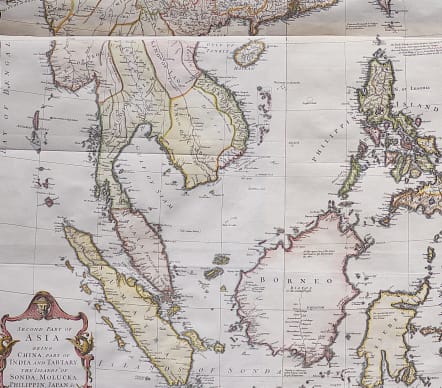 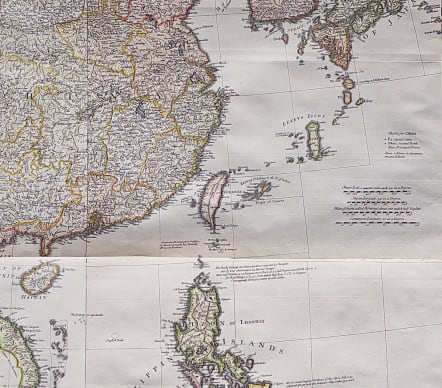 SECOND PART OF ASIA BEING ...PERFORMED BY MR DANVILLE

Full Title : Second part of Asia . Being China, part of India and Tartary: the islands of Sonda, Molucka, Philippin, Japan &c. Performed by Mr. Danville, under the favor of the Duke or Orleans. Revised and improved by Mr. Bolton. MDCCLV. R.W. Seale, sculp.

Stunning wall map depicts Southeast Asia, China, Korea, Japan and the East Indies. Initially in 4 sheets (now to be 2 sheets, can be sent joined or for joining by purhaser) this detailed map has numerous place names labeled, especially in the northern sheet covering China, Korea and Japan. As we move to the southern sheet and the East Indies, these lesser known kingdoms at the time are not densely mapped. Some of the interesting cartographic features include the mapping of the Hokkaido or Jeso, which is all but attached to the mainland and is mis-shaped. Okinawa Island appears to be as large as Taiwan or Formosa. The supposed "ancient seat of the Monguls Empire" is identified. Straits of Singapore are labeled. Singapore Island, although not identified, is noted. New Guinea is mapped in its embryonic state. Overall the map is a wonderful overview of the mapping of this region in the mid-18th century.

Jean Baptiste Bourguignon d' Anville (1697-1782) this map as there was an English speaking demand for maps of Asia in the Mid Eighteenth century.

Jean Baptiste Bourguignon d'Anville (born in Paris July 11, 1697 – January 28, 1782), was both a geographer and cartographer who greatly improved the standards of map-making. His maps of ancient geography, characterized by careful, accurate work and based largely on original research, are especially valuable. He left unknown areas of continents blank and noted doubtful information as such; compared to the lavish maps of his predecessors, his maps 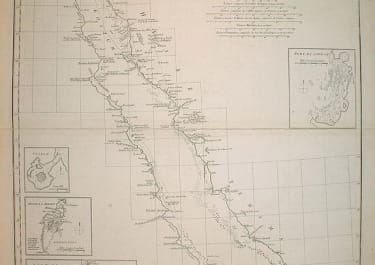 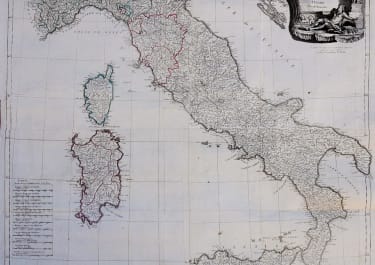 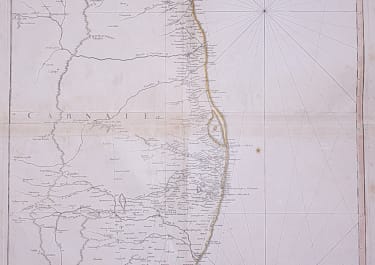 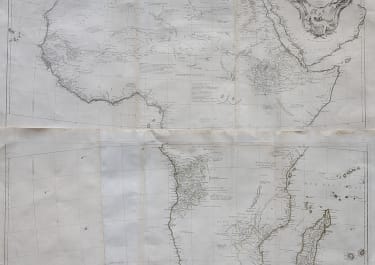 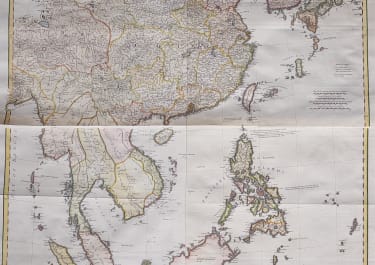