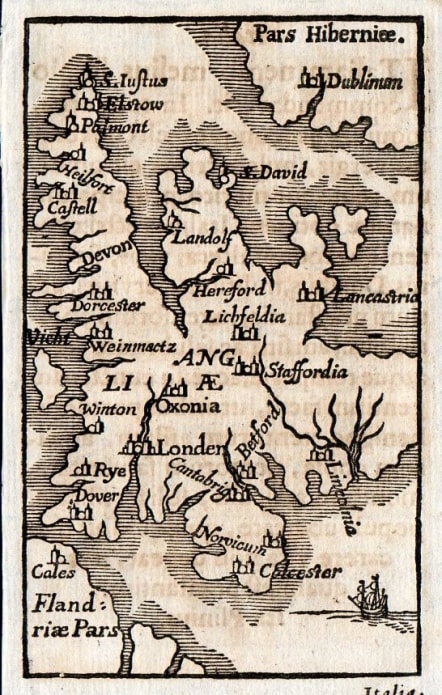 In the first edition of King's book on miniature maps, he attributed Bucelin's maps to Johann Praetorius who was the publisher of Historiae Universalis Auctorium, which was often bound with the Praecipuarum Universi. Bucelin's maps are very scarce. Latin text on verso.