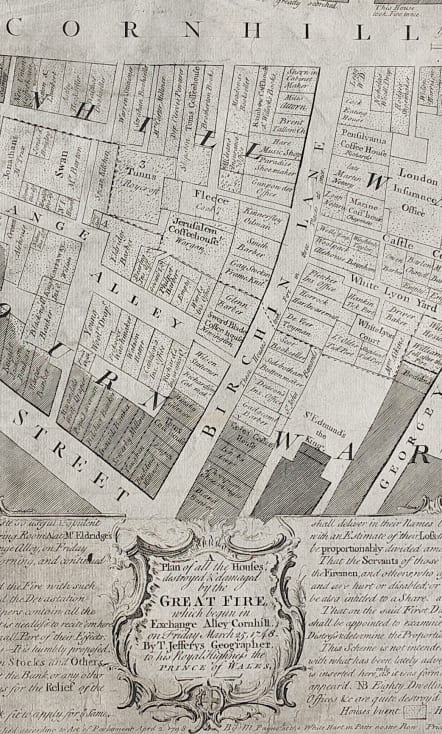 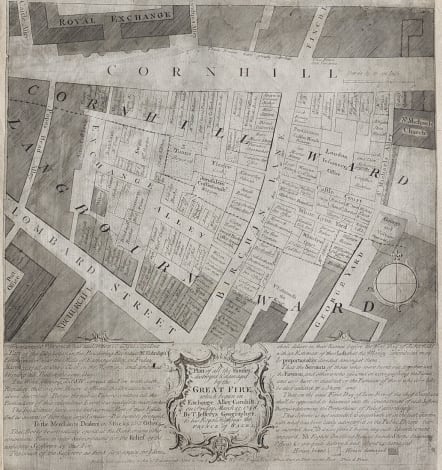 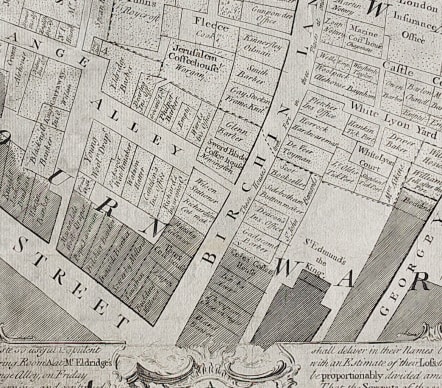 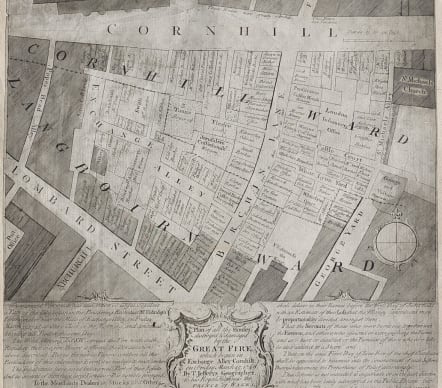 LONDON A PLAN OF ALL THE HOUSES, DESTROYED & DAMAGED BY THE GREAT FIRE WHICH BEGAN IN EXCHANGE ALLEY ...

Full Title..A plan of all the houses, destroyed & damaged by the great fire which began in exchange alley cornhill, on friday march 25, 1748.

Very RARE map of that part of Cornhill destroyed by the 1748 fire.

It's importance led it to be included in Peter Barbers 'The Map Book'. He states that the map unlike Jeffreys normal precise quality was rushed out within a week of the fire to launch an appeal for the survivors. It turned out though to be of great social significance , depicting the actual names and function of the businesses in the area. Garraways first sold tea in England...there are the coffee houses..insurance Booksellers, and even a toymaker a Mr De Veer..

A few repared tears, margins extended for framing with no loss to printed surface and lined with archival japanese paper.

Overall reasonably good condition for this rare and important map. 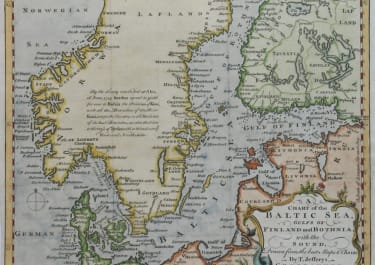 BALTIC SEA A CHART OF THE BALTIC SEA 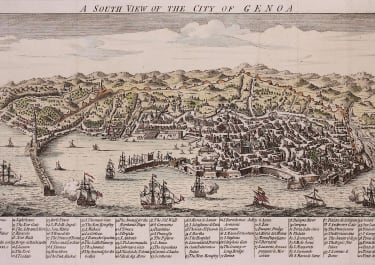 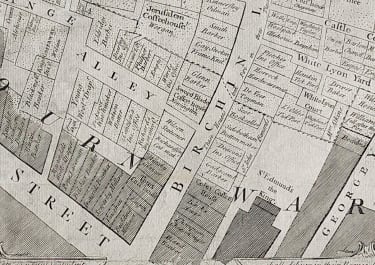 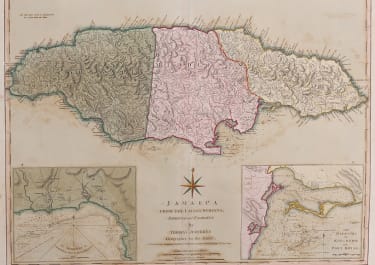 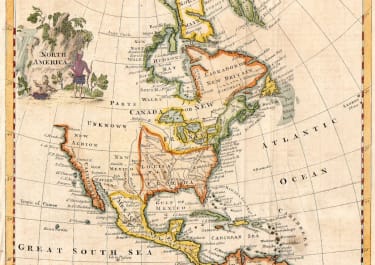 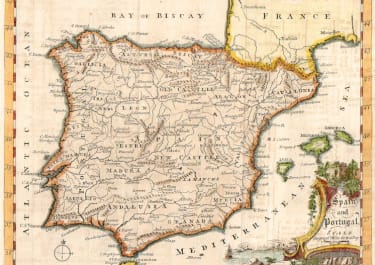 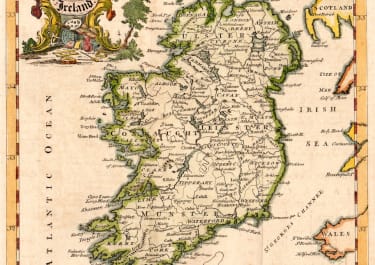 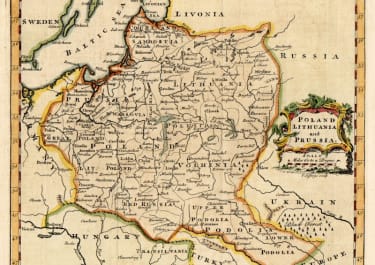 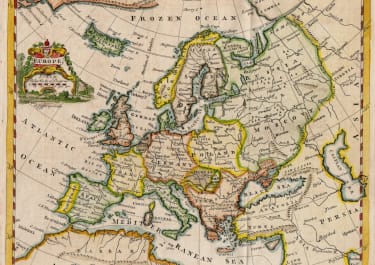