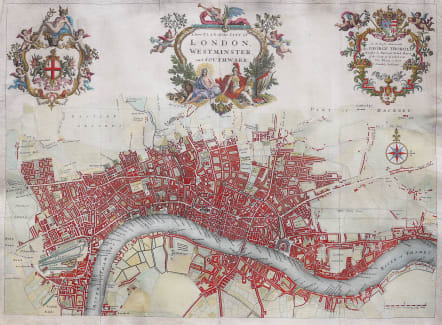 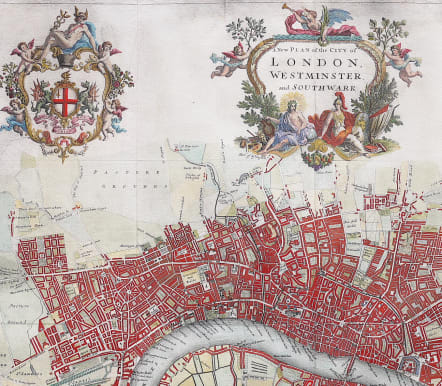 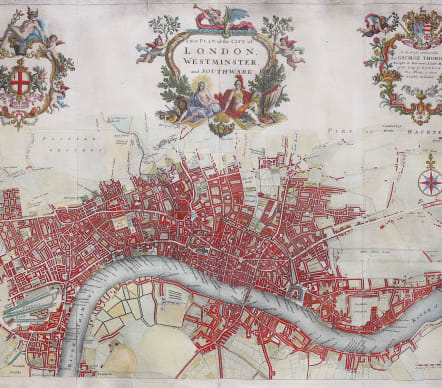 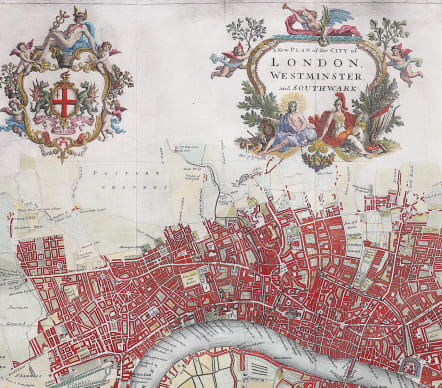 A NEW PLAN OF THE CITY OF LONDON, WESTMINSTER, AND SOUTHWARK

Stunning map of London in 1720. Probably one of the most attractive maps of London.

Covers the area from Hyde Park Corner, Sadler's Wells, Mile End Road & Lambeth. Three large decorative cartouches contain the title, the City Arms, and a dedication to George Thorold, the Lord Mayor. Some of the important buildings are shown in perspective, including Wren's St Paul's Cathedral, although that building is shown as an artist's impression, as it had not been completed. Geberally believed that the map was engraved by Herman Moll.

Good margins. A minor repair .Some reinforcement on fold at back

Publication: A Survey of the Cities of London & Westminster