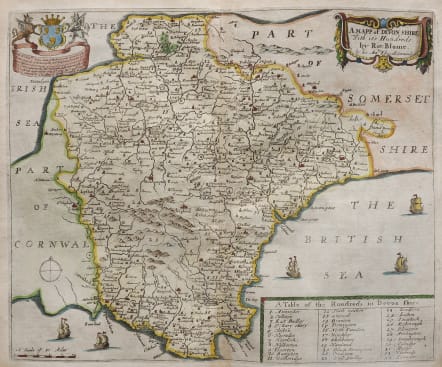 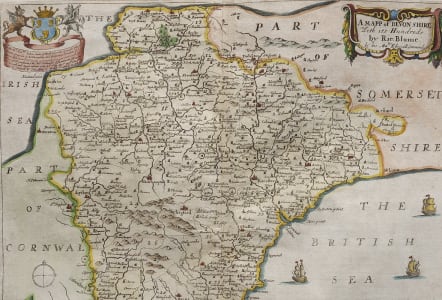 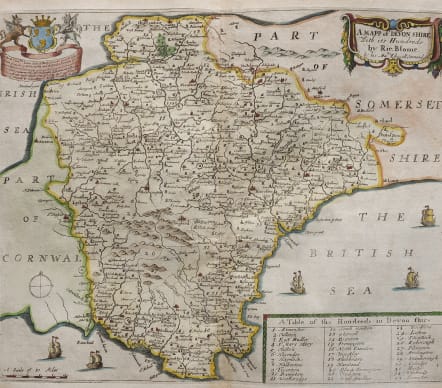 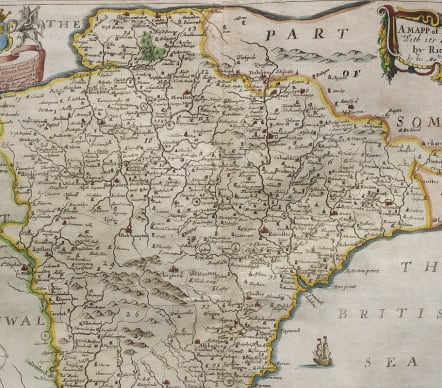 A MAPP OF DEVONSHIRE WITH IT'S HUNDREDS BY RIC BLOME

Attractive map of the County by Richard Blome for his publication "Britannia".

The largest series of county maps published by Blome, and generally based on those of Speed. Maps by Blome are characteristic and attractive with cartouches & heraldic devices. Many sailing ships

Richard Blome (1641-1705) was an English publisher and bookseller who flourished from about 1670 to 1705. He published two series of English county maps. The large series appeared in Blome's Britannia, or a Geographical Description of the Kingdomes of England, Scotland and Ireland, with each map measuring approximately 300 x 250mm. The smaller series, with the maps approximately 240 x 180mm, were published in Blome's Speed's Maps Epitomiz'd: or the Maps of the Counties of England.

Blome also issued a world atlas, the Geographical Description of the Four Parts of the World, in 1670, which was re-issued as the Cosmography and Geography, in 1682 and 1693. The maps from this atlas were Anglicized copies of Nicolas Sanson's work. Blome also issued a number of Bible maps, usually after Visscher. 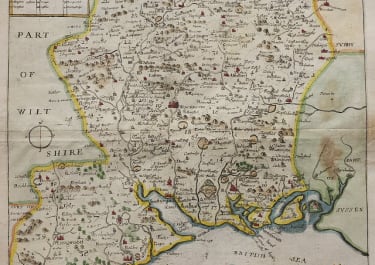 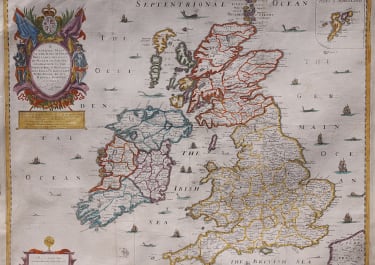 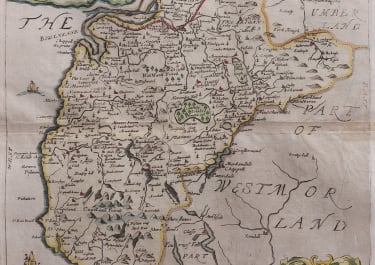 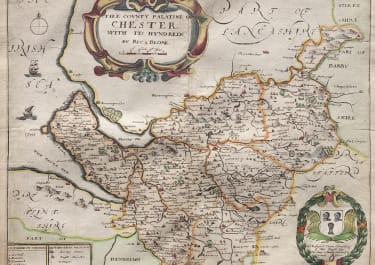 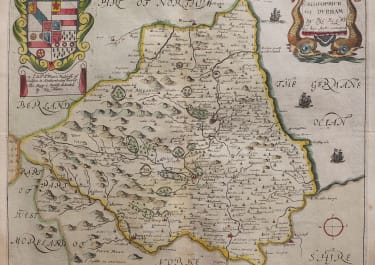 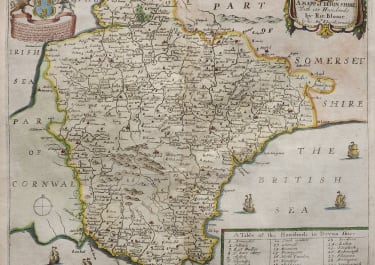 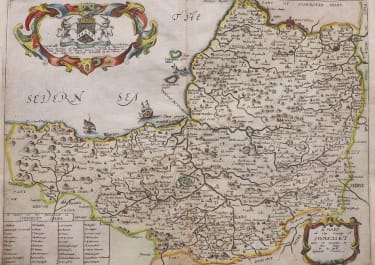 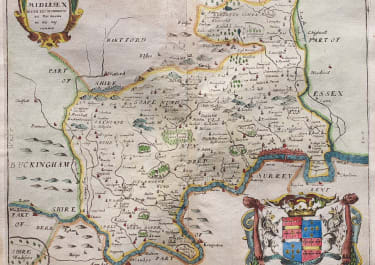