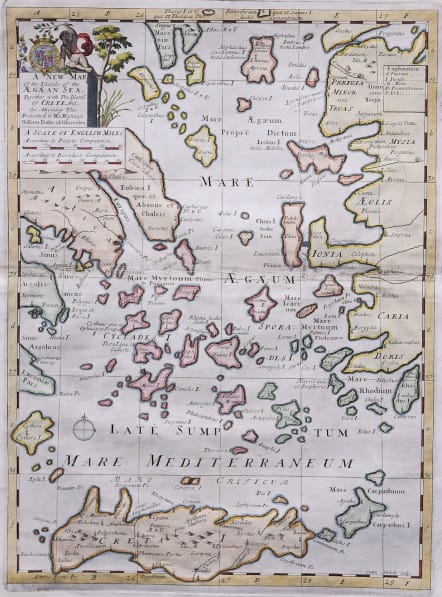 This great English map focuses on the Aegean Sea and its remarkably large number of islands. The large title cartouche is surmounted with the coat of arms of William Duke of Gloucester, who was Wells' student at Oxford. Engraved by Sutton Nichols.

From ..A New Sett of Maps both of Antient and Present Geography

Wells was a teacher of mathematics and geography at Christchurch College, Oxford University. He compiled the "New Sett Of Mapps" notable for the parallel maps of classical and contemporary geography.

The maps are all dedicated to the eleven year old William, Duke of Gloucester, a student of his at Oxford at the time, whose mother later became Queen Anne. Unfortunately, all seventeen of her children, including William, predeceased her.

The maps are very much intended as a tool in teaching geography, with less emphasis on, and requirement for, great geographical detail. The maps, engraved in the main by Michael Burghers, the engraver to the University of Oxford, have an unsophisticated charm, which makes them very popular with modern collectors. 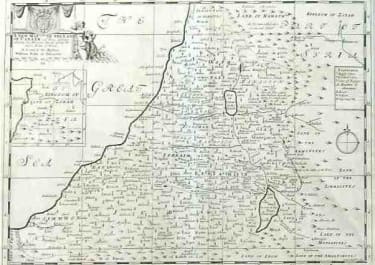 A NEW MAP OF THE LAND OF CANAAN 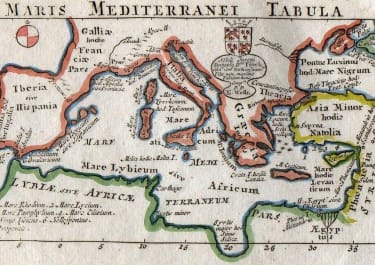 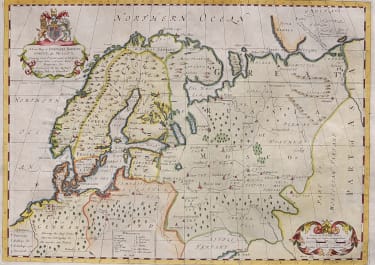 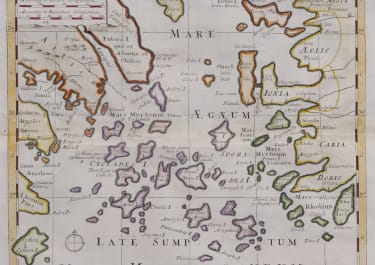 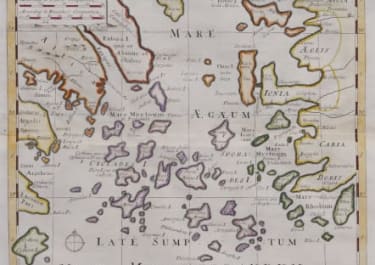 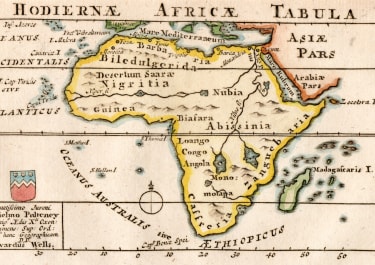