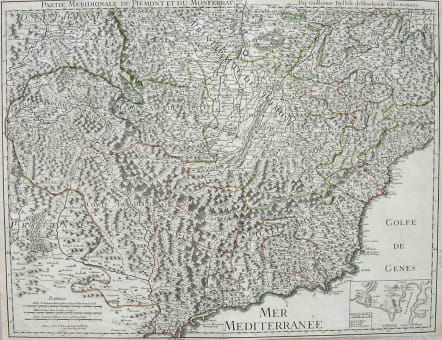 Detailed and attractive map of the the area from Nice to Savona and inland to Cuneo and Alba.Original outline colour.Inset plan of Nice & Villefranche.Very good condition.

Claude de l'Isle (1644-1720) was a geographer and historian working in Paris, but was overshadowed by his more famous son, Guillaume (1675-1726), who is probably the greatest figure in French cartography. Having learnt geography from his father, it is said that at the age of eight or nine he could draw maps to demonstrate ancient history. He studied mathematics and astronomy under J.D Cassini, where he received the grounding in scientific cartography, that is the hallmark of his work.

His first atlas was published in about 1700, in 1702 he was elected a member of the Academie Royale des Sciences, and in 1718 he became 'Premier Geographe du Roi'. His maps of the newly explored parts of the world reflect the most up-to-date information available and did not contain fanciful detail in the absence of solid information.

His work was important as marking a transition from the maps of the Dutch school, which were highly decorative and artistically-orientated, to a more scientific approach.

De L'Isle also played a prominent part in the recalculation of latitude and longitude, based on the most up-to-date celestial observations. His major contribution was in collating and incorporating this latitudinal and longitudinal information in his maps, setting a new standard of accuracy, quickly followed by many of his contemporaries. Guillaume De L'Isle's reputation was such that pirated versions appeared in many countries, most particularly by Chatelain and Covens and Mortier.

After his death in 1726 the business was continued by his nephew Philippe Buache, and subsequently by J. Dezauche. 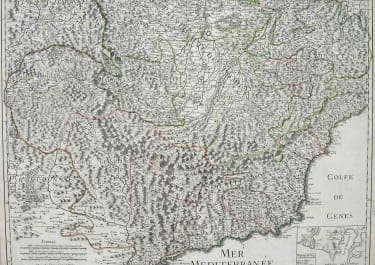 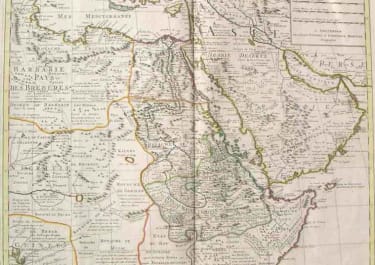 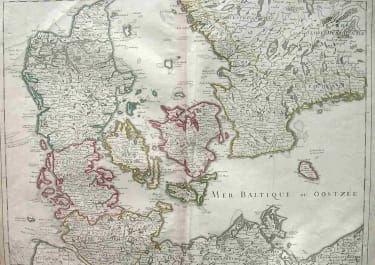 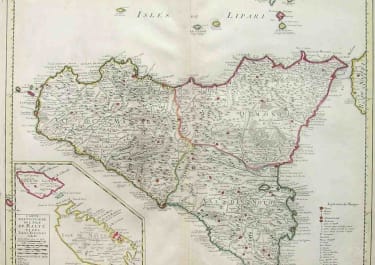 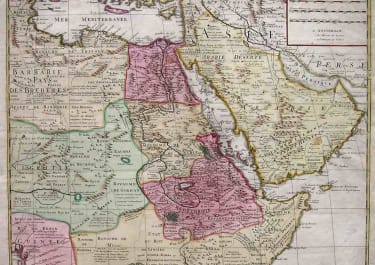 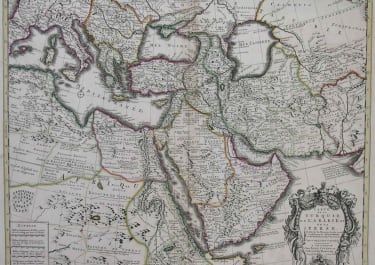 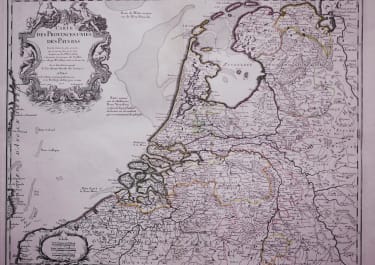 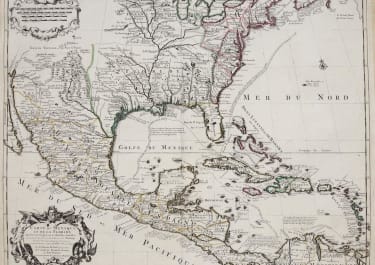 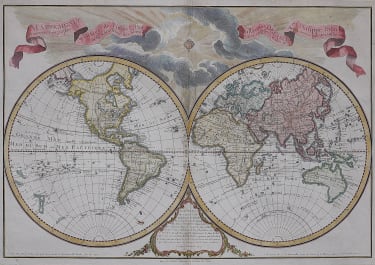 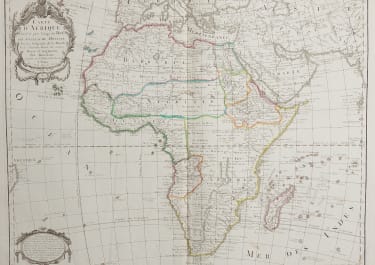 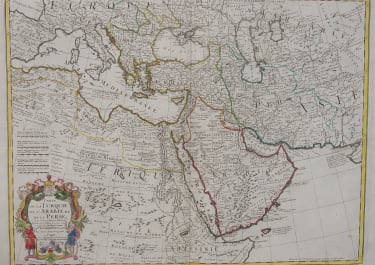 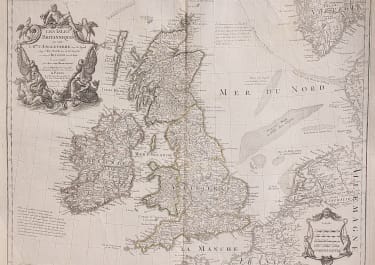 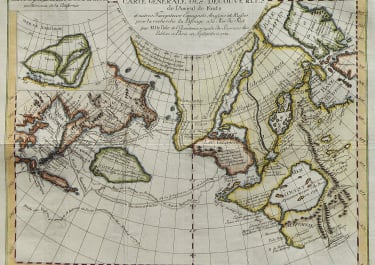 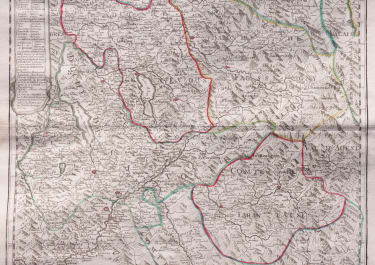