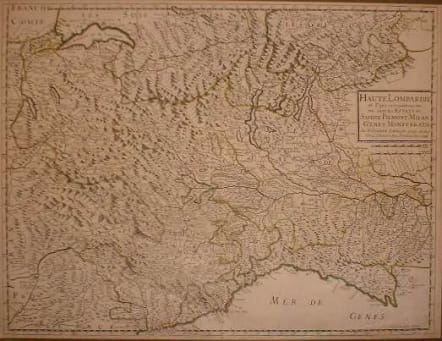 Nicolas Sanson (1600-1667) is generally acknowledged as the founder of the great French school of geographers and cartographers that supplanted the Dutch as the leading European map-makers. His work was acclaimed for its geographical accuracy and high standard of engraving. As a consequence, his many maps received a wide diffusion. His career marks the start of the process by which Paris superseded Amsterdam as the centre of European map production.

Nicolas studied Ancient History as a young man, and this awoke in him an interest in classical geography. His first map, of ancient Gaul was made in 1618, when he was only 18. Sanson had three sons, Nicolas (1626-1648), Guillaume (d.1703) and Adrien (d.1708), and a grandson Pierre Moullard-Sanson (d.1730), all of whom were involved in the family’s map-making activities.

After Sanson settled in Paris his work came to the attention of King Louis XIII, who eventually appointed Sanson Geographe Ordinaire du Roi, one of whose duties was to tutor the King in geography. Sanson published some 300 maps in his career, though his first most famous atlas, the folio “Cartes Generales De Toutes Les Parties Du Monde” was not published until 1658. Sanson also prepared a series of quarto atlases of the different continents. These scarce atlases are more frequently encountered in the Dutch piracy, engraved by Anthony d’Winter, first published in 1683.

The Sanson atlases are rarely found with a standard set of maps; the practice seems to have been that additional, or revised, plates would be inserted as available. After Sanson’s death the business was continued by his two surviving sons and grandson, in partnership with, and later superseded by Alexis Hubert Jaillot. 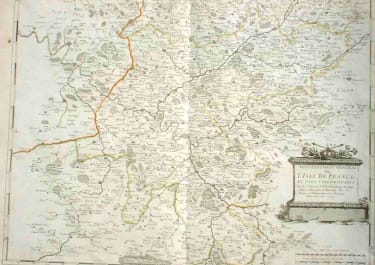 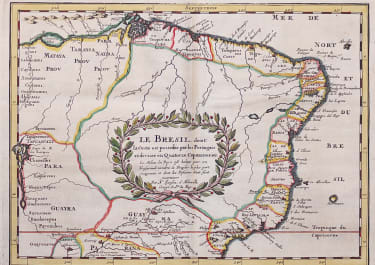 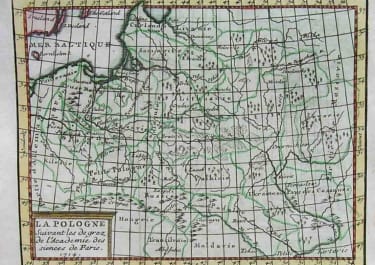 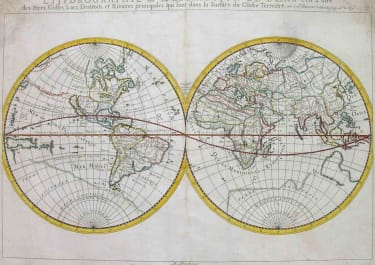 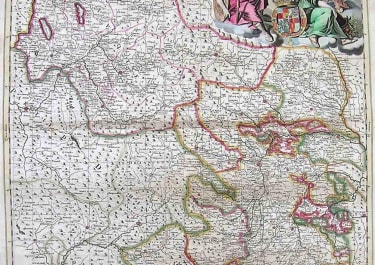 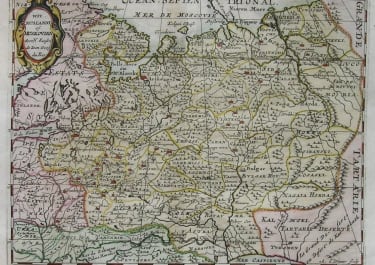 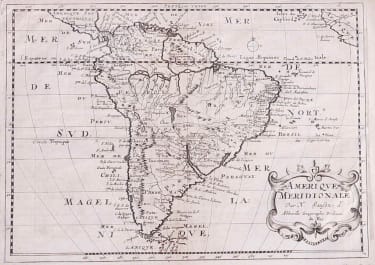 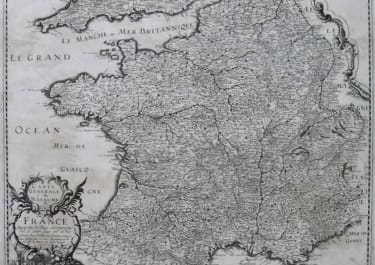 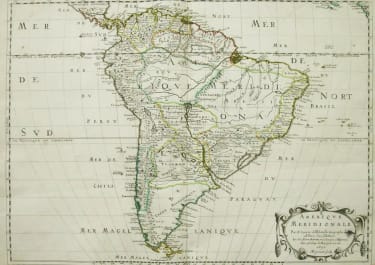 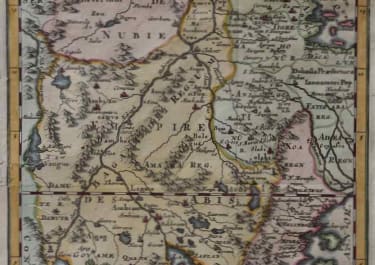 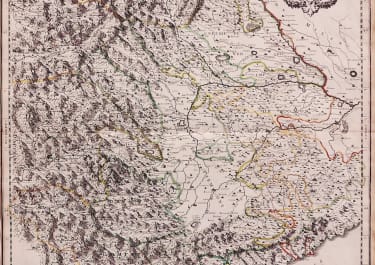 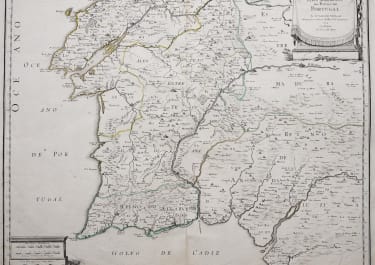 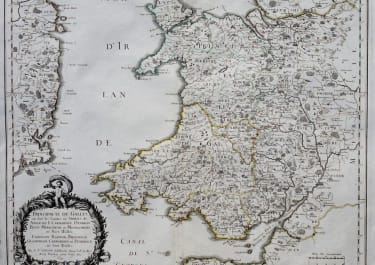 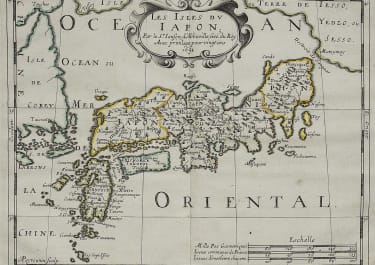 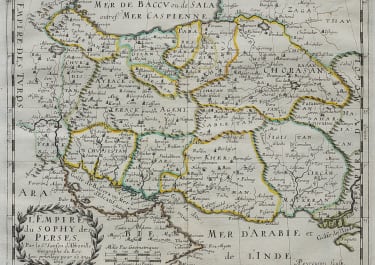 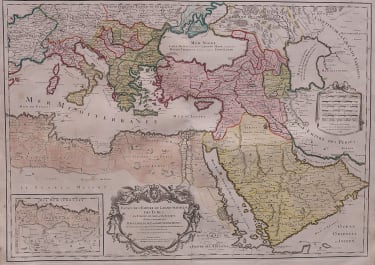 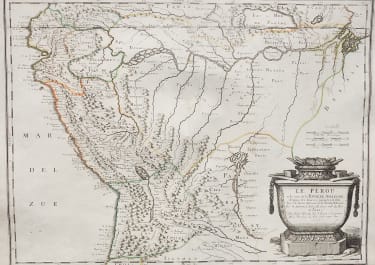 SANSON'S EARLY MAP OF THE AMAZON 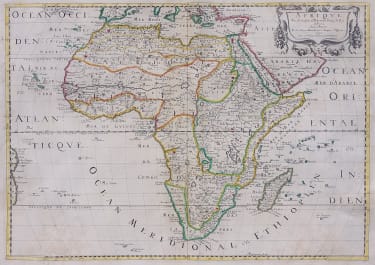 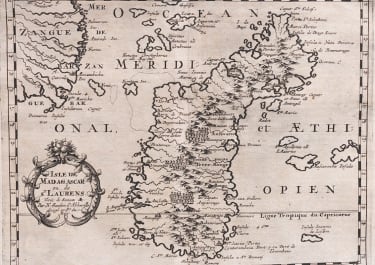 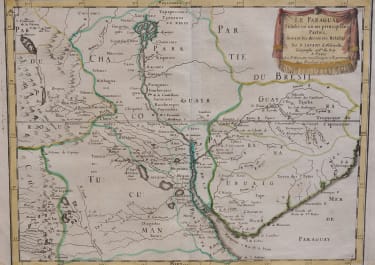 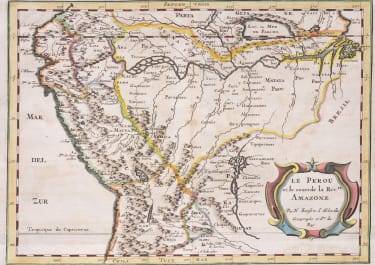 SANSON MAP OF THE AMAZON AND PERU 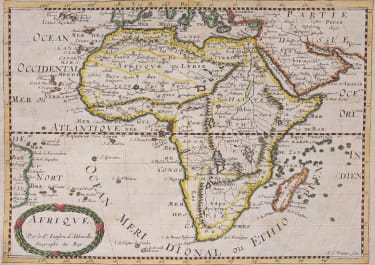 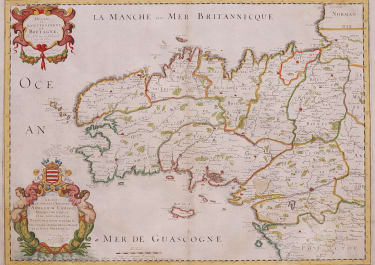 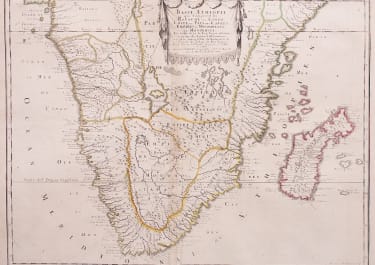 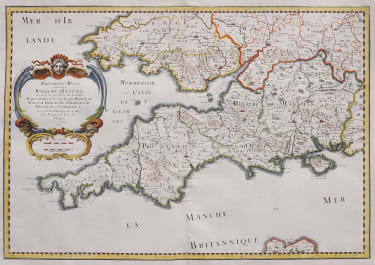 SANSON'S UNCOMMON MAP OF THE SOUTH WEST OF BRITISH ISLES 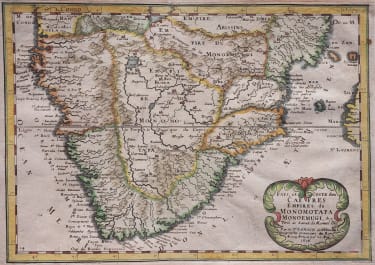