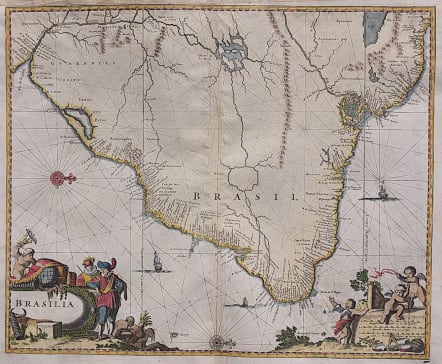 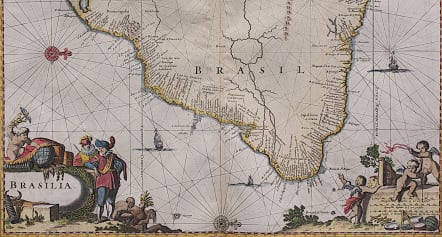 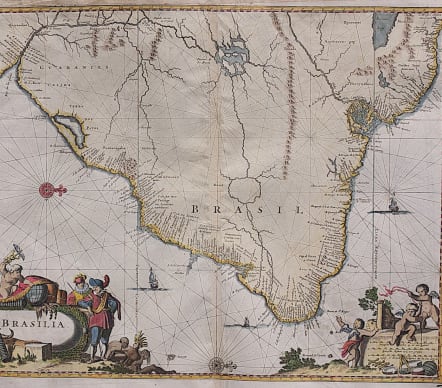 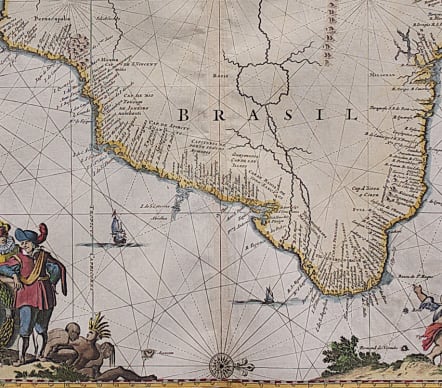 Attrazctive map of the eastern part of Brazil based on the cartography of Hessel Gerritsz and an earlier map by Blaeu. There is extensive detail in the coastal regions with the interior left largely blank except for some conjectural river systems, including the mythical Parime Lago in Guiana and Xarayes Lago in Brazil. The Linea Aequinoctialis is prominently shown dividing the Spanish and Portuguese colonial claims. Richly embellished with rhumb lines, compass roses and sailing ships. European traders, Indians and putti surround the title and scale of miles cartouches.

Margin extended at top so suitable for framing no loss to map. 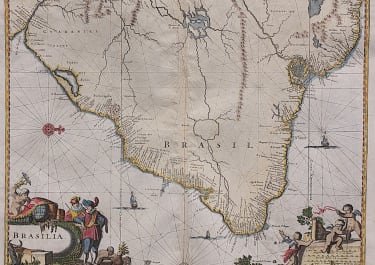