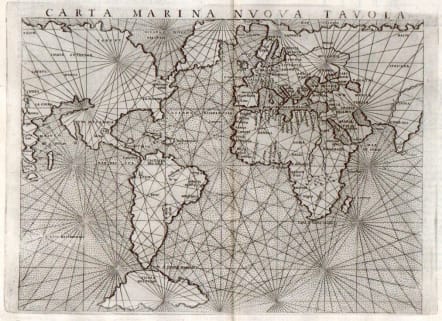 Ruscelli's mariner's map is a slightly enlarged version of the map which appeared in Gastaldi's edition of Ptolemy thirteen years earlier. The only change seems to be the omissions of the names Tierra Del Laborador and Tierra Del Bacalaos from the mass of land joining North America to North Europe.

This sea chart of the world depicts the entirety of the continental northern landmasses as an unbroken ring around the globe. North America and Asia form a single mammoth continent, which in turn connects to northern Europe via Greenland. The Asia-America connection was a standard concept, and one of which Gastaldi (and in turn Ruscelli) was a particularly strong endorser. This maps linking of North America and Europe is highly unusual, however, but was a natural consequence of two errors : on the east, Gastaldi depicts Greenland as an elongated east-west outgrowth of Scandinavia, a peculiar pattern used by Waldseemller earlier in the century on the world map from his atlas of 1513; on the west, he adopts the Verrazanian model for North America which had been sanctioned by Mnster in 1540. In combination, these two flawed elements stretched out over the North Atlantic and, quite logically, joined. 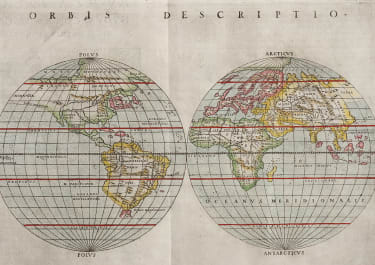 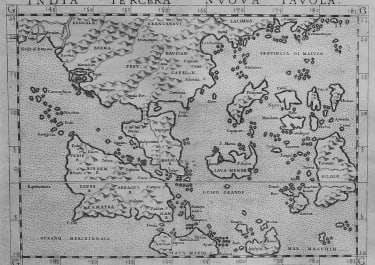 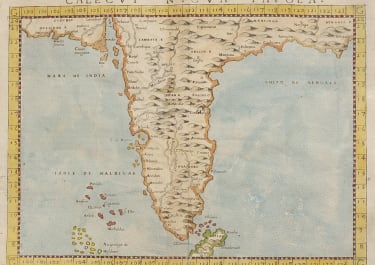