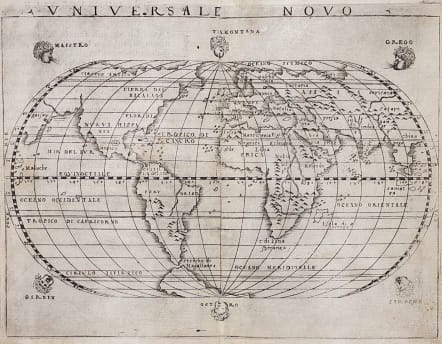 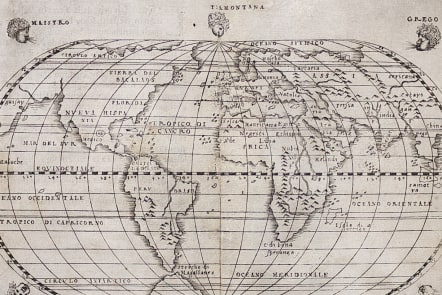 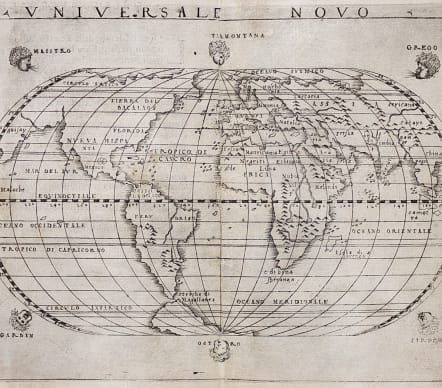 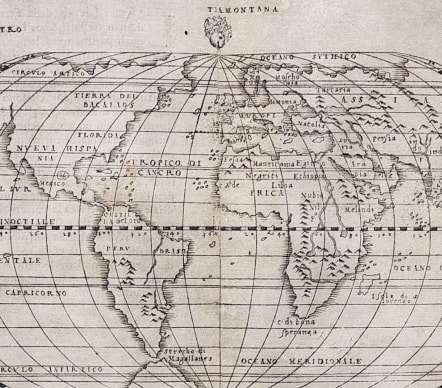 Superb Gastaldi world map. It is about the earliest Italian world maps to depict the continent of America.

A fine example of Giacomo Gastaldi's map of the world, published in Venice in 1548. It is a reduced version of his first world map of 1546, with the addition of six windheads around the oval projection.

North America and Asia are connected as one land mass,

The Amazon River is a prominent feature in South America, yet it is shown flowing north-south, not east-west. A small continent surrounds the South Pole and stretches to make one side of the Straits of Magellan.

This example is Gastaldi's second world map. It was one of two world maps made for his 1548 edition of Ptolemy's Geographia which did not include a Ptolemaic world map. The other is a navigational chart, Carta Marina Nova Tabula. According to Nordenskiold, both were engraved by Gastaldi himself. The 1548 atlas was of particular importance because, as Burden explains, it "was the most comprehensive atlas produced between Martin Waldseemüller's Geographia of 1513, and the Abraham Ortelius Theatrum of 1570". In addition, the reduced size of the atlas makes it the first "pocket" atlas, a notable development in the history of cartography.

First sixteenth Atlas to reintroduce copper engraving ( a few maps were copper engraved circa 1480 but soon dropped in favour of woodblock engraving).

If anyone sees this map please contact me a reward 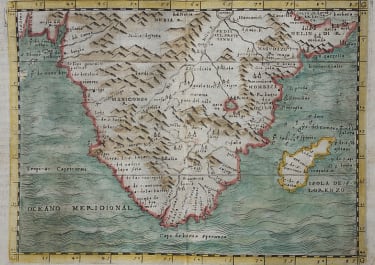 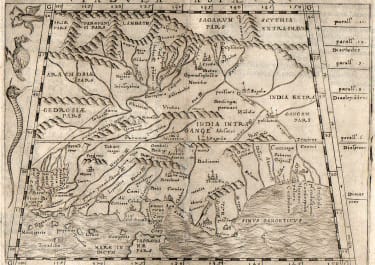