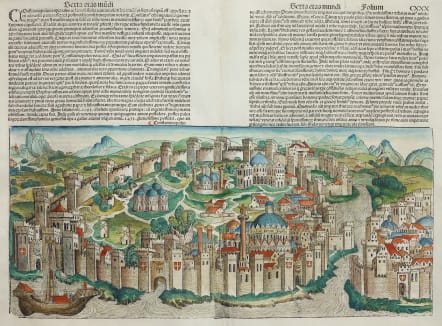 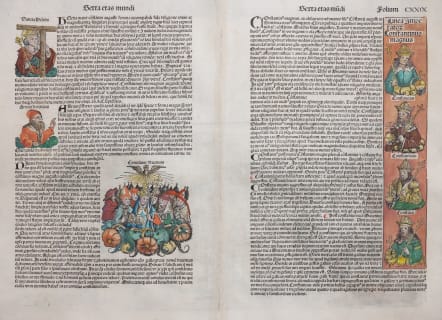 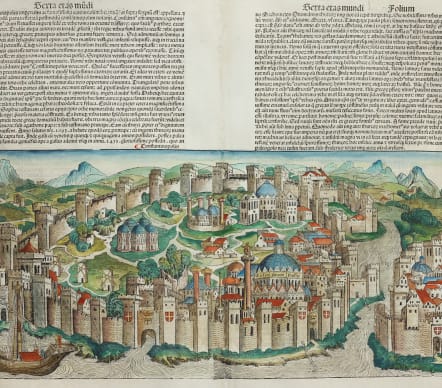 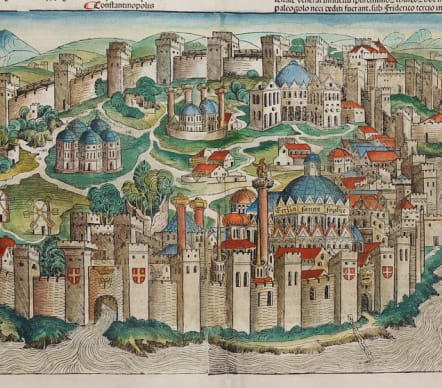 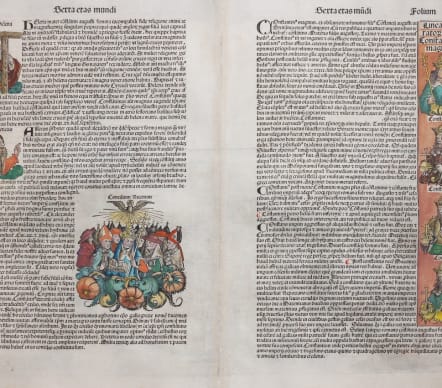 From the famous "Nuremberg Chronicle" in Latin edition printed 1493. Verso portraits several woodcuts including portraits of Byzantine emperors, Saint Helena (mother of Emperor Constantine I) and Arius, and a group representing the Council of Nicea.

Rare and in very good condition

Hartmann Schedel (13 February 1440 - 28 November 1514) was a German physician, humanist, historian, and one of the first cartographers to use the printing press. He was born in Nuremberg. Matheolus Perusinus served as his tutor.

Schedel is best known for his writing the text for the Nuremberg Chronicle, known as Schedelsche Weltchronik (English: Schedel's World Chronicle), published in 1493 in Nuremberg. It was probably commissioned by Anton Koberger. Maps in the Chronicle were the first ever illustrations of many cities and countries.

With the invention of the printing press by Johannes Gutenberg in 1447, it became feasible to print books and maps for a larger customer basis. Because they had to be handwritten, books were previously rare and very expensive.

Schedel was also a notable collector of books, art and old master prints. An album he had bound in 1504, which once contained five engravings by Jacopo de' Barbari, provides important evidence for dating de' Barbari's work. 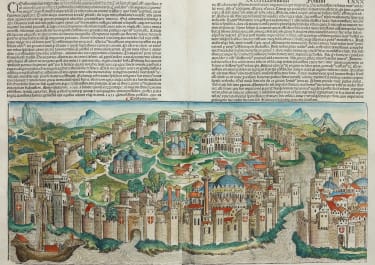