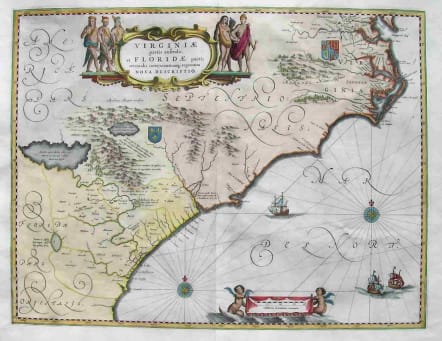 One of the many cases of duplication by the firms of Blaeu and Hondius of each other's work. Janssonius' plate is so good that it is virtually indistinguishable from Blaeu's.

Cartographically this map forms a marked improvement on the Jodocus Hondius map of 1606, from which this was largely derived. It also amply illustrates the direction that engraving styles had moved, being more open and florid.

The map depicts two nations' interests, both marked by their own coat of arms. The French claim, being largely present day Georgia, rests on the abortive colonial attempts of the 1560s. Blaeu makes no advance here in geography, following Hondius to the letter.

The greatest improvement occurs in the northern half of the map north of Porto Royal. Whereas on the Hondius the coastline towards C. de Ste. Romano (present day Cape Fear) veered directly east, Blaeu more correctly takes it north-east, placing the cape closer to its true position of 34 degrees.

This span of coastline is approximately that of present day South Carolina's. This now presents to us a more accurately proportioned Outer Banks Region, radically reduced in size but still slightly too far north. For these improvements Blaeu drew upon the extremeley rare DE EYLANDEN , by Hessel Gerritsz, c. 1631. The Outer Banks combine the placenames of Gerritsz and Hondius, often using two different ones for the same area such as C. de Trafalgar and C. ost Feare.

This latter name was often applied to present day Cape Lookout before it was used for its present site to the south-west. Chesapeake Bay was depicted as just a small bay on Hondius' map of 1606 as John Smith was yet to explore these waters.

The Gerritsz terminated at this point, and only two placenames appeared. Blaeu draws largely on the Smith map for much of the nomenclature but introduces some English ones from an unknown source. The most important is Newport nesa, Newport News, founded in 1621 and apparently shown here for the first time on a printed map.

Also new are Bermouth, Stortingen and Arglas. The two Indian figures from Hondius' map form part of the cartouche on Blaeu's. 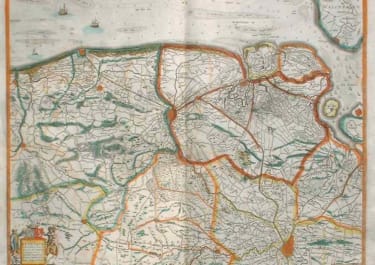 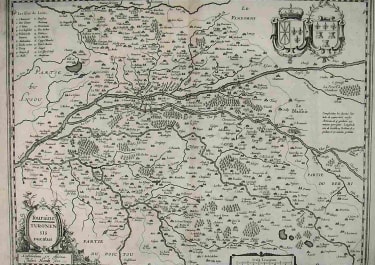 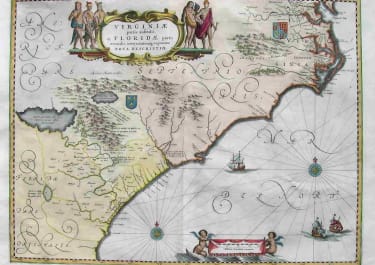 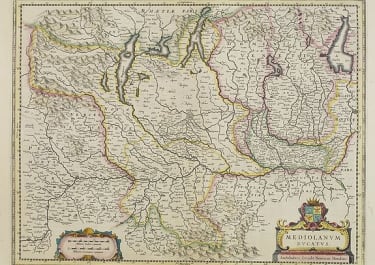 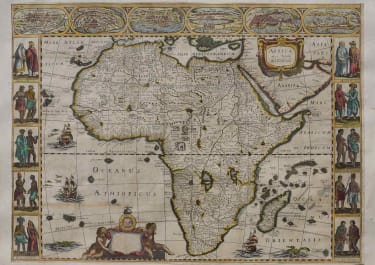 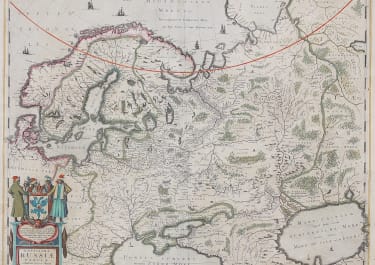 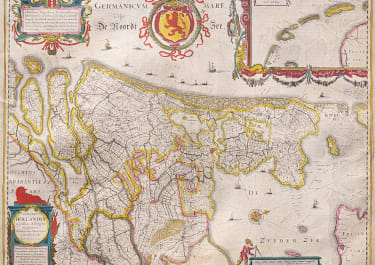 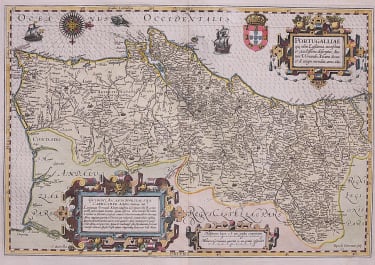 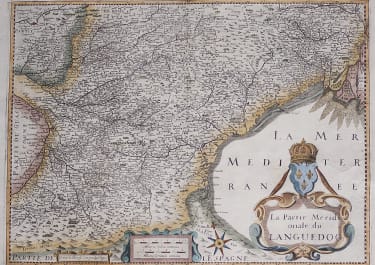 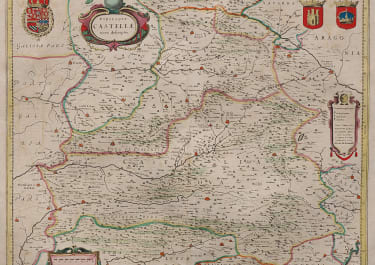 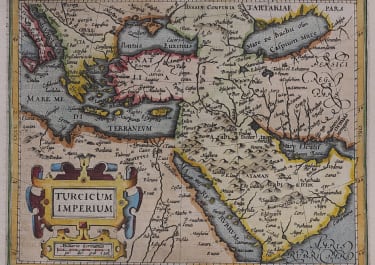 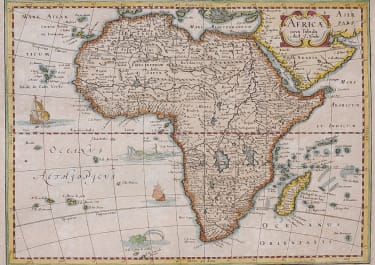 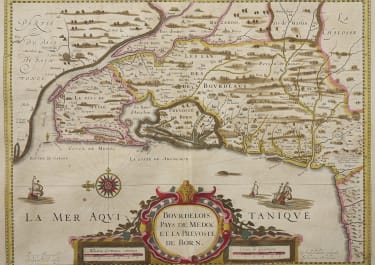 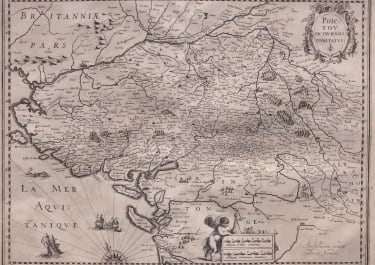 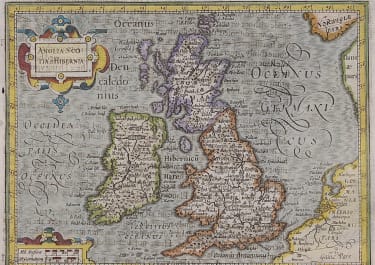 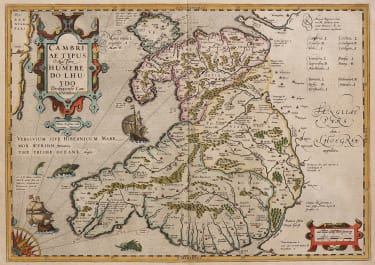