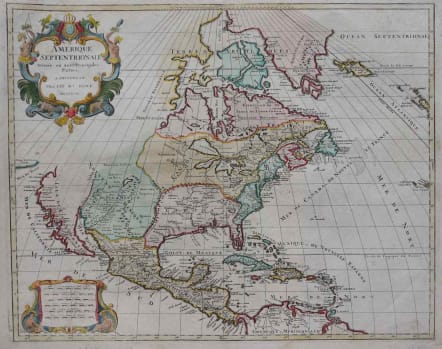 Large, decorative map copied from the Jaillot/Sanson map of 1674 with the same decorative title and scale of miles cartouches. It is possible the plate was acquired at the dissolution of the Jaillot firm in 1781, and revised with Elwe's imprint. The map has been somewhat updated with the western Great Lakes complete, and a peninsular California. Buttons Bay is open-ended, allowing the possibility of an inland passage to the Pacific. The R. del Norte originates from a large lake and empties into the Mer Rouge (Gulf of California). The political divisions are outdated with the continent still divided between the colonial interests of England, France and Spain. This very unusual and visually delightful map would be an interesting addition to any collection of North American maps.

Amsterdam-based publisher.Produced no new maps of his own but published updated important maps 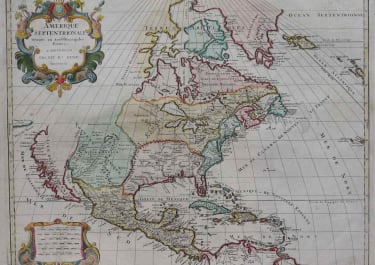