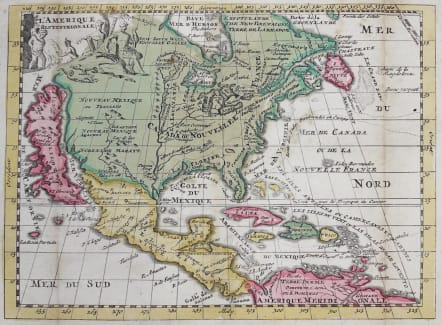 RARE FULL ORIGINAL COLOUR..A map of North America showing California as a hugh island stretching as far north as Alaska. The Mississippi River is set far to the west of its actual location with the Rio Bravo or Rio Norte (today’s Rio Grande) depicted as a tributary. Attempts to detail the course of the Mississippi quite far inland and includes several known forts along the river as well as a Ohio (Ochio) River branching off far to the south of its actual location. Sante Fe is shown far north of its true site. Just to the south of Santa Fe, in what is today Utah, there is an interesting notation of a “Lac de las Saliaas”, though no actual lake is shown, probably an early reference to the Great Salt Lake which was not officially “discovered” by Europeans until 1776. The allegorical title cartouche in the upper left corner features several American Indians tending a fire, an alligator and a snake. 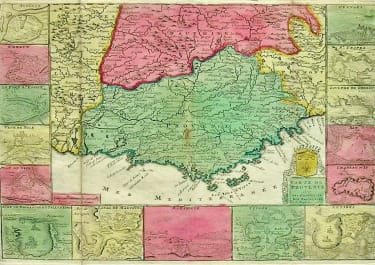 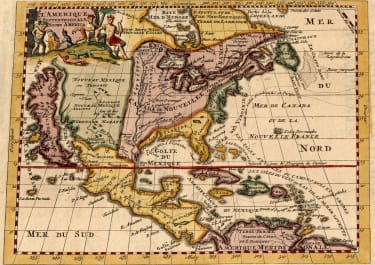 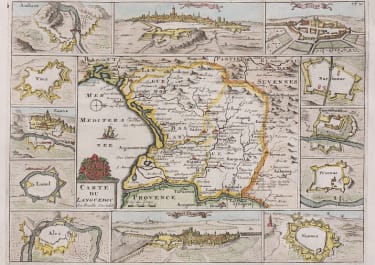