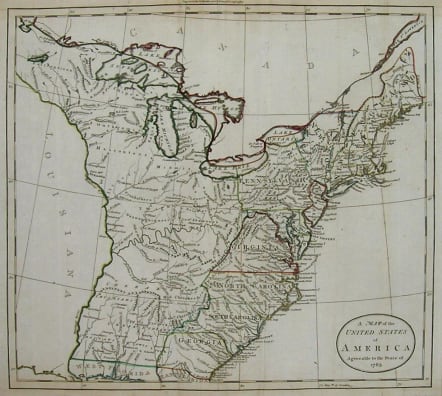 This early map depicts the young United States following the Treaty of Paris. The map shows New York and Pennsylvania both bordering Lake Ontario. In the far northeast the territory of Sagahadok is a large region above the barely mentioned Main. Lake Superior is unapologetically filled with fictitious islands. The region east of the Mississippi River is completely blank with no features, but good detail is provided along its east side including several named Indian villages. It is interesting that the map locates none of the Revolutionary War Bounty Land Grants. The southern states end at the Allegany Mountains, which show great detail, but the region between the mountains, the Mississippi River and the Canadian border contain no named regions but it is filled with Indian lands, forts, small towns and villages, and gives good watershed detail. Curiously, Detroit is not located. The map just extends to the northern portion of Florida which is divided into east and west regions. Under the control of Spain, Florida had been ceded by England to the Spanish in gratitude for their neutrality during the American Revolutionary War. Engraved by Wm. Darton of Tottenham. Blank verso. 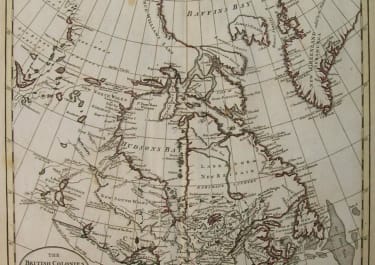 THE BRITISH COLONIES IN NORTH AMERICA FROM THE BEST AUTHORITIES 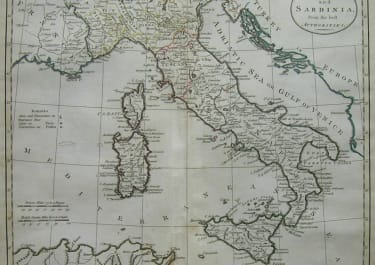 ITLAY AND SARDINIA FROM THE BEST AUTHORITIES 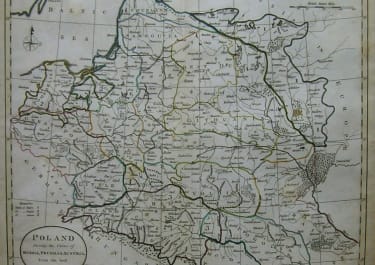 POLAND SHEWING THE CLAIMS OF RUSSIA,PRUSSIA & AUSTRIA FROM THE BEST AUTHORITIES 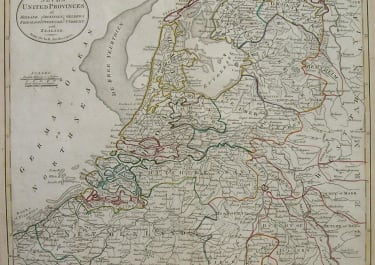 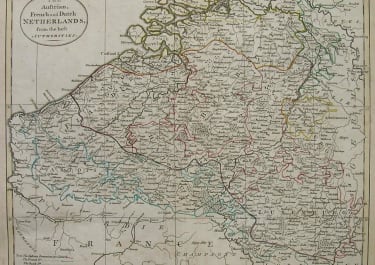 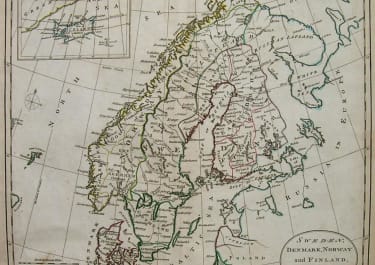 SCANDINAVIA SWEDEN DENMARK NOEWAY AND FINLAND FROM THE BEST AUTHORITIES 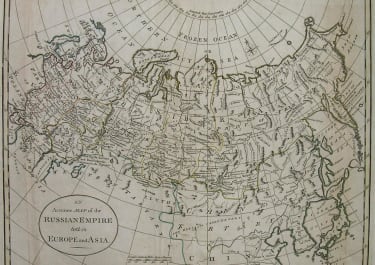 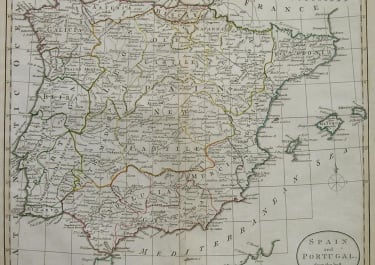 SPAIN AND PORTUGAL FROM THE BEST AUTHORITIES 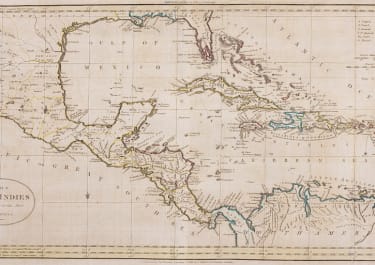