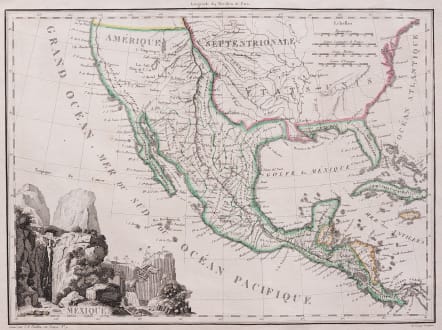 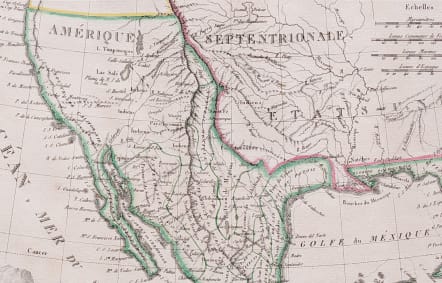 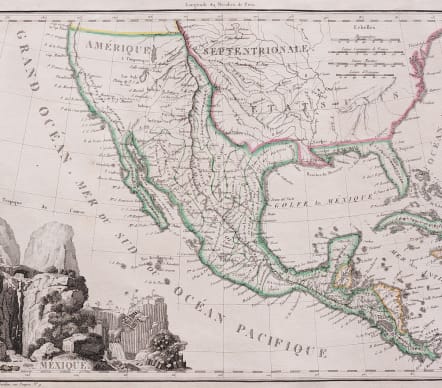 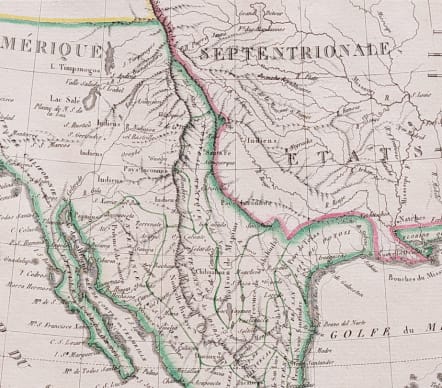 Interesting and rare 1810 map of Mexico and the United States by the French cartographer Ambrose Tardieu. Depicts all of Mexico and much of the United States shortly following the acquisition of Louisiana but prior to the acquisition of Florida, Texas and Upper California. This map exhibits a curious ephemeral mapping of the American Southwest based upon the Dominguez-Escalante expedition of 1776 and 1777 and Zebulon Pike's expedition of 1806. Both Lake Timpanagos (Great Salt Lake) and Lake Teguyo (Utah Lake) are appear - though both are speculative and malformed at this point. Also shows are speculative courses of the Colorado River, as well as apocryphal river ways running between Teguyo and San Francisco Bay. Politically this map is divided between the United States (pink), various Spanish holdings in North America (green), and British claims in Central America (orange). A large decorative title cartouche showing dramatic mountains, a beautiful waterfall, and some unusual rock formations appears in the lower left quadrant.

Ambroise Tardieu (1788-1841) was a prominent French cartographer and engraver operating in the late 18th and early 19th centuries. Tardieu's work is known for its beauty and accuracy as well as for its depth of detail 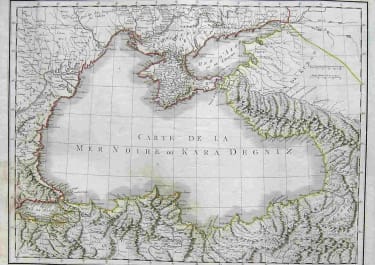 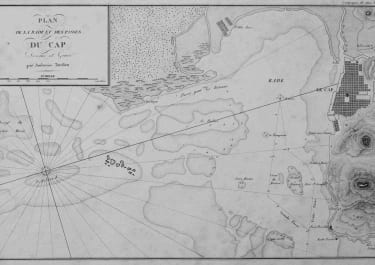 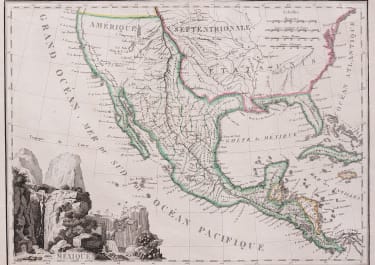