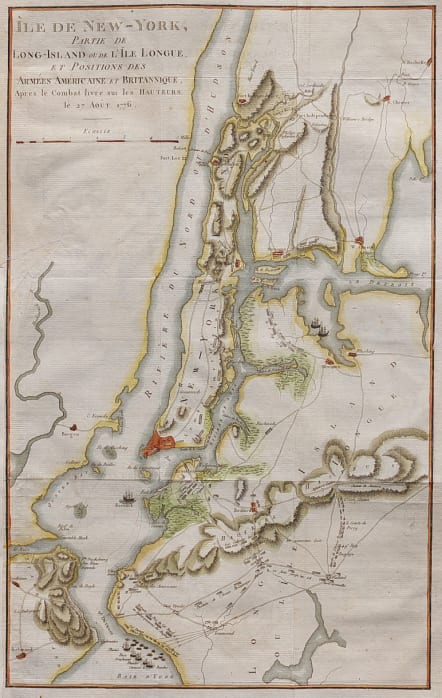 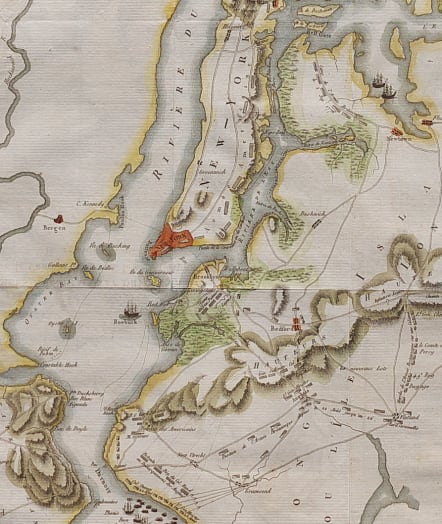 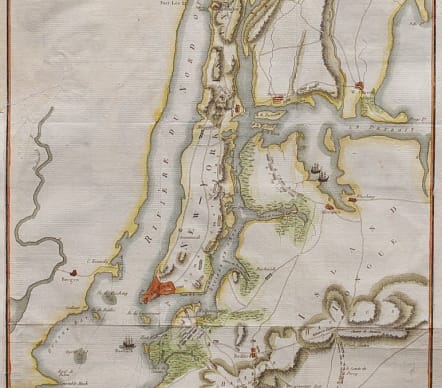 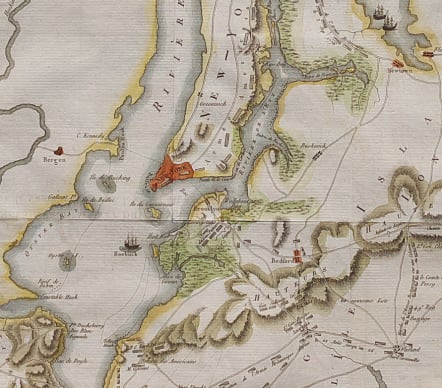 Attractive and detailed French Revolutionary War map of Manhattan and parts of New Jersey, Brooklyn, the Bronx and Queens.

The map illustrated a biography of George Washington and records troop movements and locations between August 22 and 27, 1776, now known as the Battle of Brooklyn. Rivers, elevated areas (“hauteurs”), marshes and major roads are indicated, as are positions of troops and names of their commanders. Ships are illustrated and labeled in the harbor. 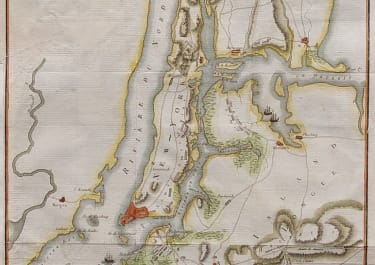