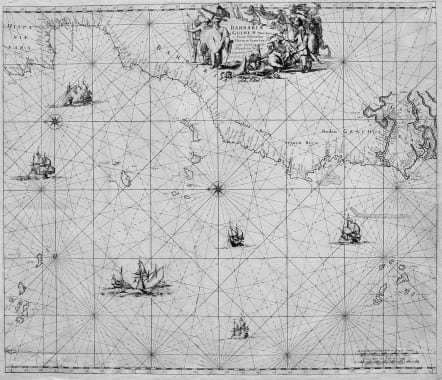 A highly decorative sea chart of the northwest coast of Africa, including from Spain, across the Straits of Gibraltar to Gambia. The various islands groups in the Atlantic are depicted as well - Azores, Madeira, Canaries, and Cape Verde Islands. Around Cape Verde, more information on the African river systems is provided, reflecting French exploration of the Senegal and British exploration of the Gambia. Both nations by this time had begun to take possessions respectively in some areas. This sea chart was first published in De Wit's Orbis Maritmus ofte Zee Atlas of 1675 and appeared in later editions as well. De Wit's sea charts from his Zee Atlas are sought after for their geographical content as well as their attractive cartouches and vignettes. A large title cartouche dominates the top of the chart. This cartouche shows various peoples of North Africa in action as well as Africans. Fat-tailed sheep, snakes, and lizards are in foreground. Scene of Moslem North Africans and Africans. Several compass roses are shown as are a number of sailing vessels including two naval battles involving Dutch. 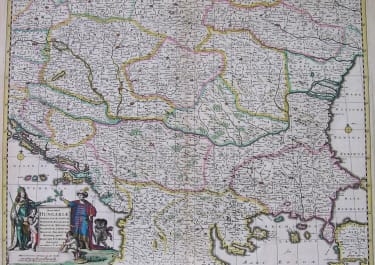 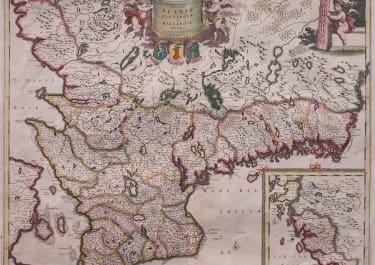