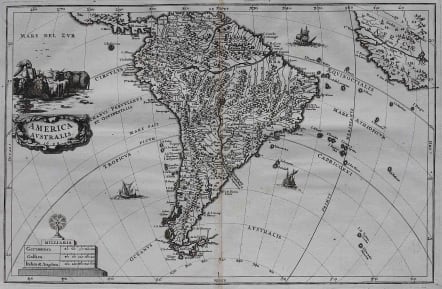 A very detailed and attractive map by Scherer (1628-1704) a Jesuit, geographer, and professor of mathematics in Munich.

A strongly engraved map filled with towns and pictorial representations of the mountainous topography. Near Guyana, the fictitious lake of Parime is named with the mythical city of Dorado shown upon its shores. A number of ships sail the seas, and the map is decorated with a cartouche showing the bounty of South America, including fat-tailed sheep. The scale of miles is topped with the symbol for the Society of Jesus.

Decorated with Ships inl the seas, and a title cartouche is decorated with cows, sheep, monkeys and a parrot. A finely engraved and uncommon map in very good condition. 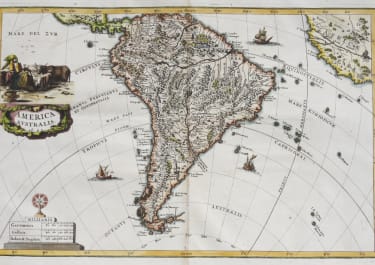 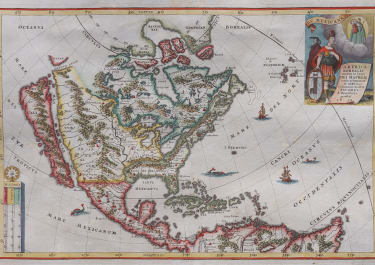 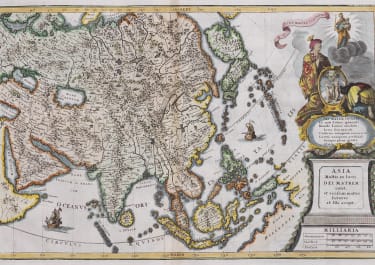