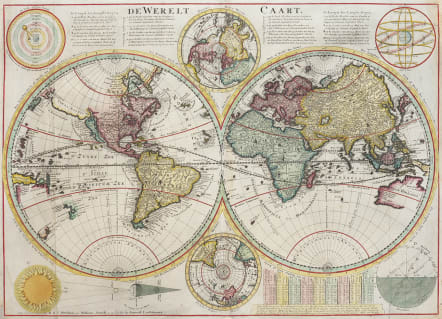 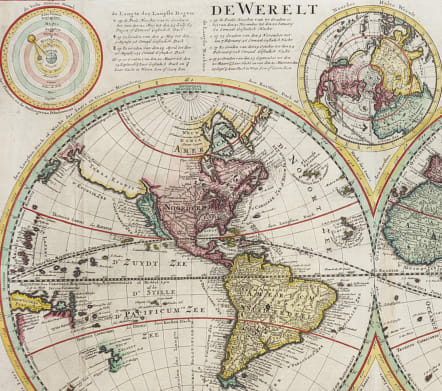 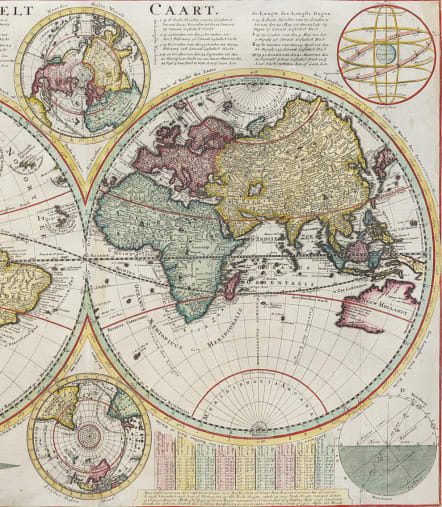 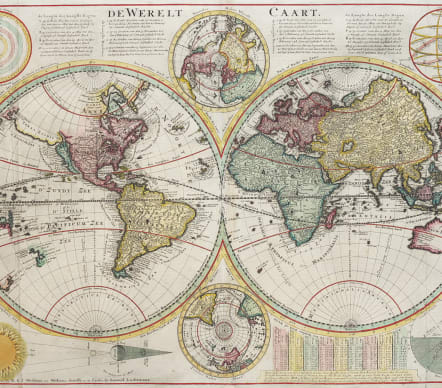 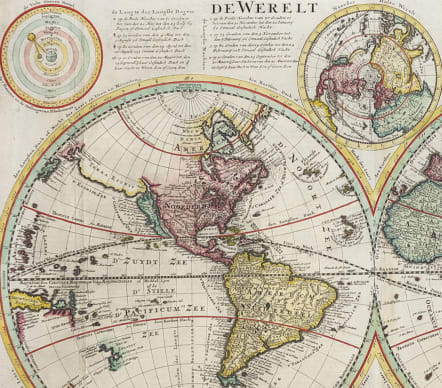 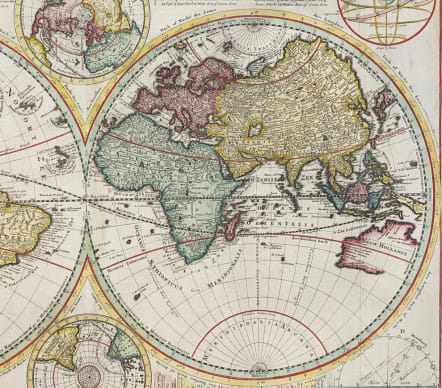 that incorporated information about Australia, Tasmania and New Zealand based on Tasman's discoveries in 1642-44 --unexplored areas on the eastern and southeastern coast were left blank. California is depicted as an island and tributaries of the Mississippi River are shown. There is a land mass titled 'Terre Esonis' stretching between eastern Asia and North America. The map is extensively labeled with place names. It was reissued many times during the first part of the 18th century.

Additional diagrams surrounding the main map include an illustration of the orbit of planets according to Ptolemaic theory that the earth was at the center of the solar system, a Ptolemaic armillary sphere based upon the same concept, a Ptolemaic diagram of the Sun's position in the sky at varying degrees of latitude, and a diagram showing the relationship between the Sun, Moon, and Earth in a solar and lunar eclipse. Maps of the north and south poles are show in the center. Keys are provided along the top, and a table on the bottom right, all giving information pertaining to the lines of latitude and longitude appearing in the maps. 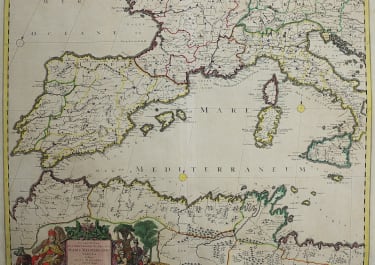 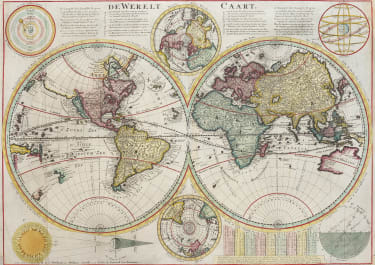