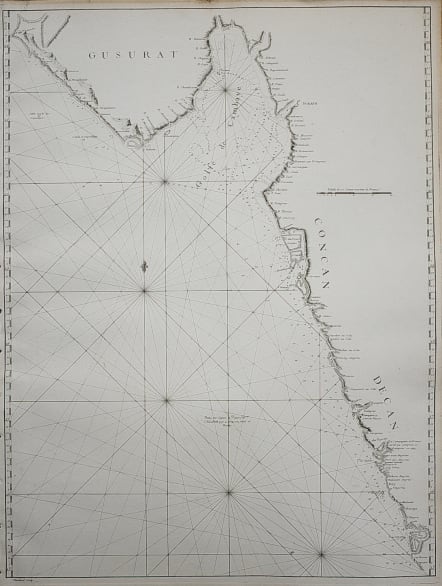 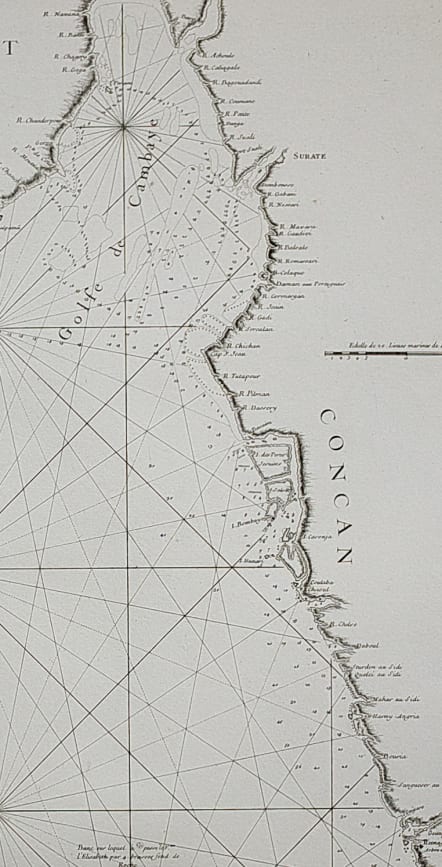 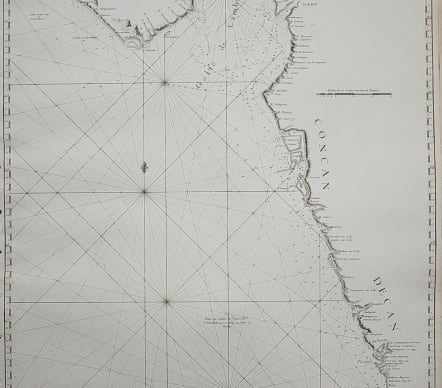 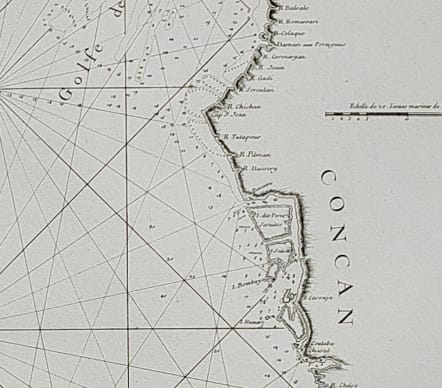 Rare sea chart of the western Coast of India from Gujarat , Surat, Bombay down to Goa. Rhum lines. Much detail on the coast. Depths etc.

"During many subsequent voyages he [Jean Baptiste Nicolas Denis d'Après de Mannevillette] assembled a collection of material for a projected hydrographic atlas which, with the support of Académie des Sciences, was published in Paris in 1745 under the title Le Neptune Oriental. In spite of the popularity of the first issue, it failed to satisfy the author and he spent nearly thirty years, often with the assistance of his friend, Alexander Dalrymple, the English hydrographer, in the preparation of the revised and enlarged edition which eventually was issued in 1775." (Antique Maps, Moreland & Bannister) 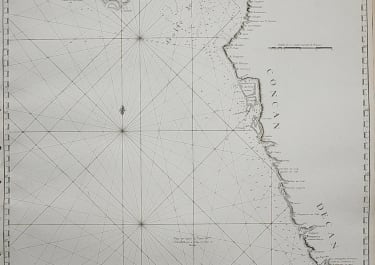