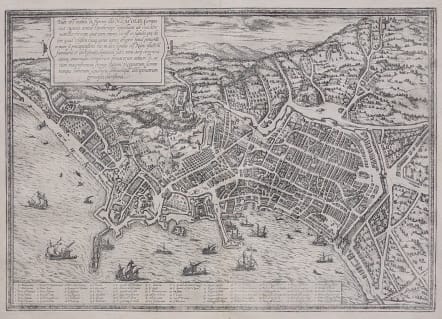 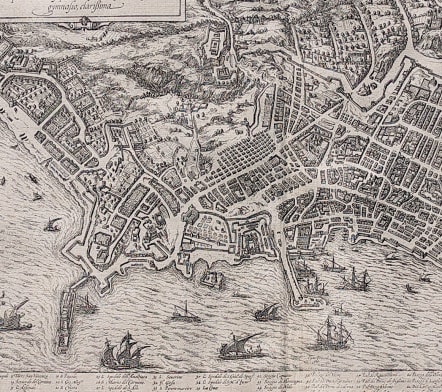 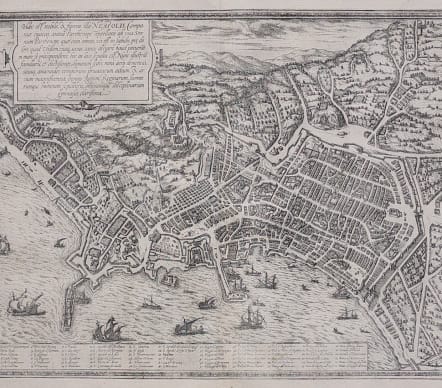 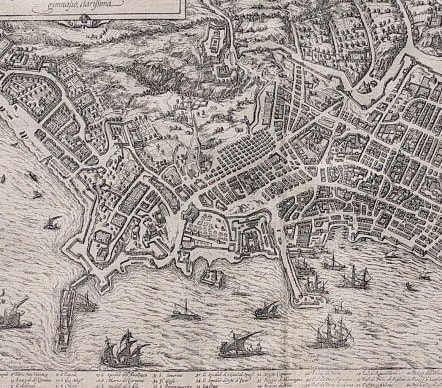 Stunning view of Naples by Braun & Hogenberg which was included in the great town book Civitates Orbis Terrarum. Braun wrote the text and Ortelius - who travelled with the artist Joris Hoefnagel - supplied much of the material, which was then engraved by Novellus and Hogenburg. 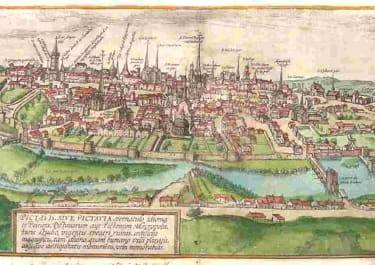 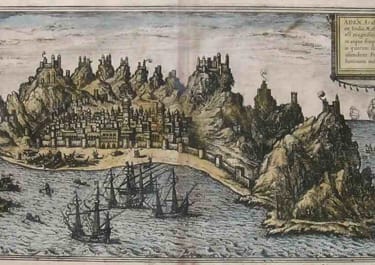 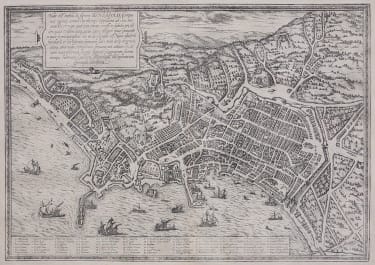 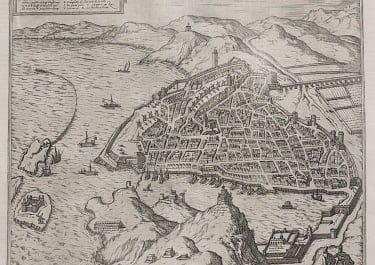 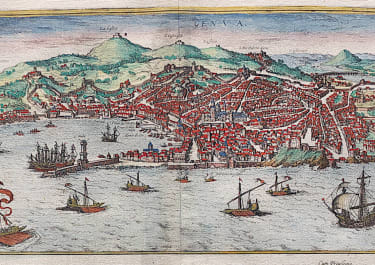 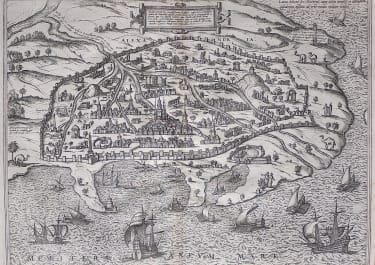 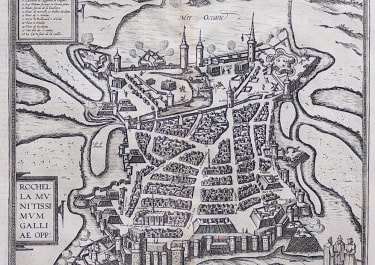 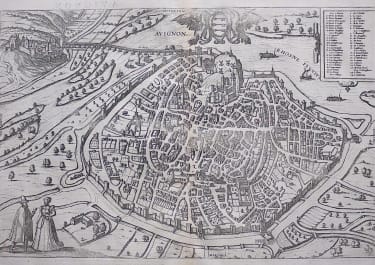 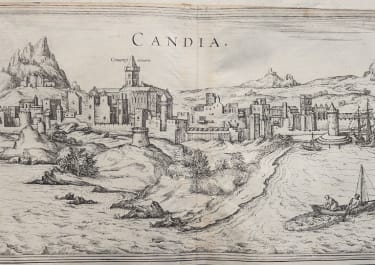