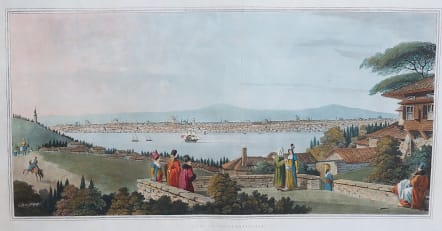 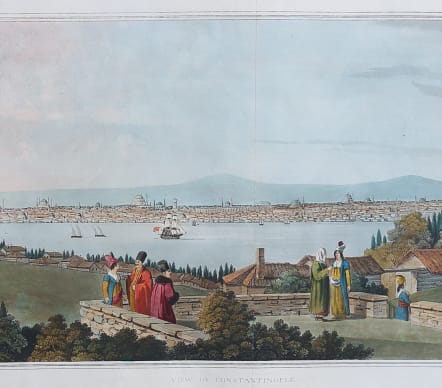 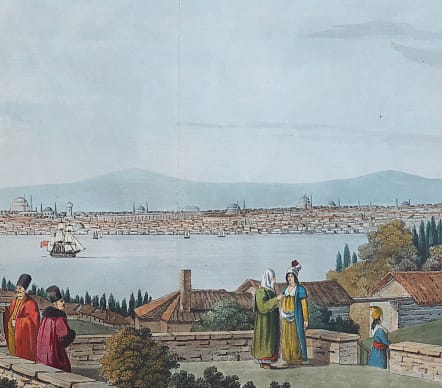 Original hand coloured aquatint plate From : Views in the Ottoman Dominions in Europe, in Asia, and Some of the Mediterranean Islands, from the Original Drawings Taken for Sir Robert Ainslie.

Mayer visited and sketched the scenes before or during 1792, or later, when he was in the employ of Ainslie in Constantinople. Robert Ainslie Esq. was knighted and began serving as Britain’s ambassador to the Ottoman Porte in 1775; during the period of this service he became the friend of the important German Italian orientalist and artist Luigi Mayer, a student of Piranesi and was known for drawing with greatest accuracy and precision prior to the time of David Roberts. 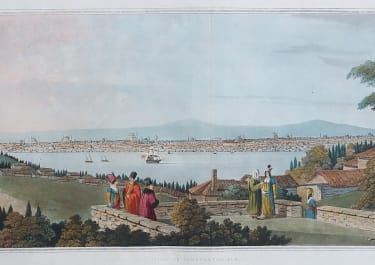