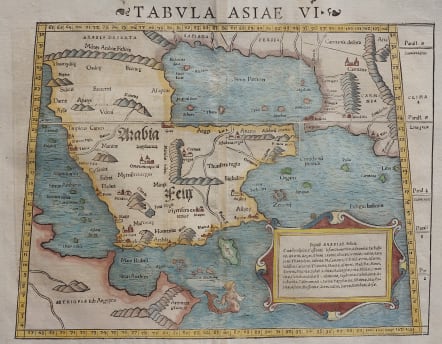 It is a fairly good representation of the peninsula, although Ptolemy overestimated the width of the southern part of the peninsula and distorted the shape of the Arabian Gulf. The map is presented on a trapezoidal projection with parallels and meridians (forerunners of lines of longitude and latitude) enumerated in the borders. Major towns are named, although not accurately located, and the rivers are entirely imaginary. The cartouche includes the names of local tribes and a fanciful mermaid is shown in the sea.

This map was very influential and provided the basis on which European cartography depicted the region for nearly a century. 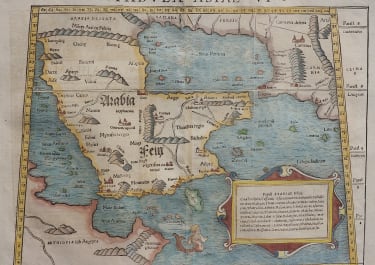