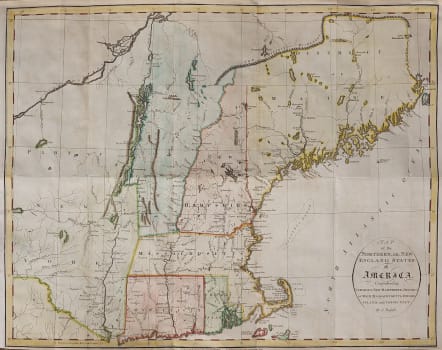 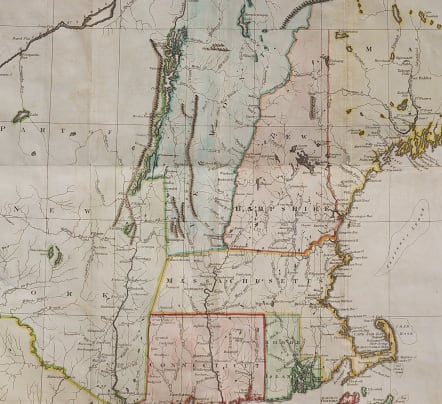 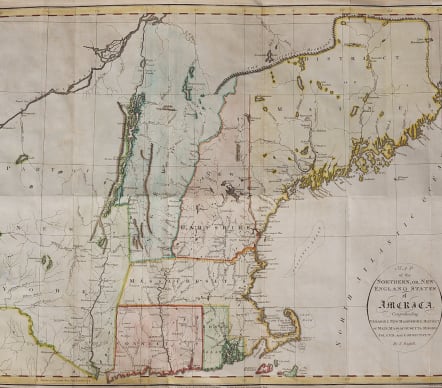 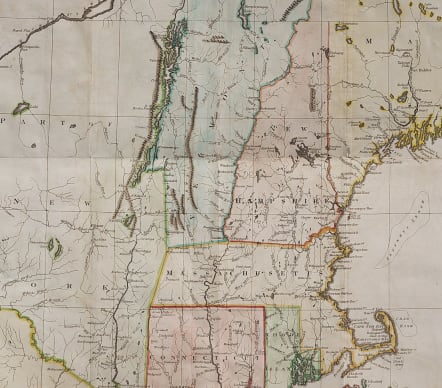 MAP OF THE NORTHERN OR NEW ENGLAND STATES OF AMERICA ..

Map of New England and the Northeast, extending south to include Martha's Vineyard and Nantucket and west to include part of New York. Extends north to the Dividing Highlands, Montreal and Lake Kawakusaki. Includes towns, islands, rivers, mountains, lakes, harbors, and early American Forts.

Published shortly after American Independence. The newly-established state of Vermont is shown, though its northern border with Canada is still under dispute and therefore left blank. Maine is labeled as a district of Massachusetts.

This map originates from 'n Historical, geographical, commercial, and philosophical view of the American United States' by W. Winterbotham. The cartographer was John Russell, a British cartographer active in London during the late 18th and early 19th centuries. 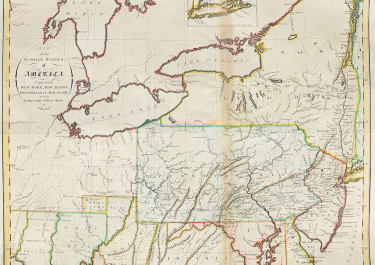 SCARCE MAP OF THE NORTH EAST OF THE THEN UNITED STATES. DONATION LANDS FROM VIRGINIA, OHIO COMPANY 1794 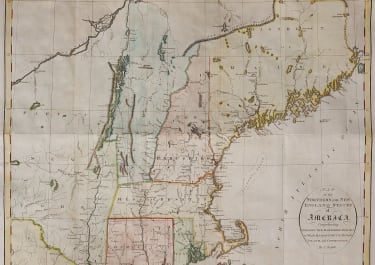