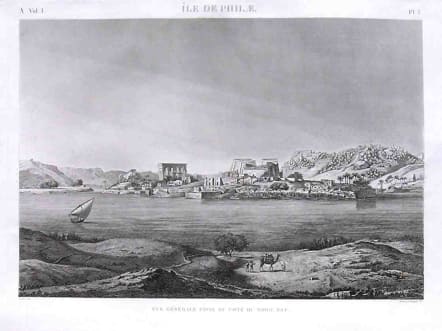 A fine plate from 'Description de l'Egypte', the seminal publication by the French government detailing the results of the Napoleon's pioneering military and scientific expedition to Egypt (1798-1801) and the first comprehensive illustrated description of ancient and modern Egypt. Although not a military success, the expedition and the resultant 'Description', were a scientific and cultural triumph considered by many to be the "Birth of Egyptology". Prior to Napoleon's invasion, access to and knowledge of Egypt, its culture and antiquities, were limited to the objects brought to Europe by the Romans and nineteenth-century merchants. The exquisite plates from this voluminous and invaluable work provided the first true glimpse into a once mysterious land and indelibly influenced how the west perceived Egypt. This plate was drawn by Dutertre and engraved by Dutertre & Beaugean.Mint condition. 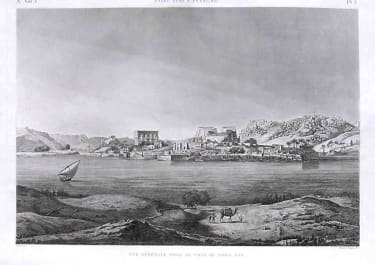