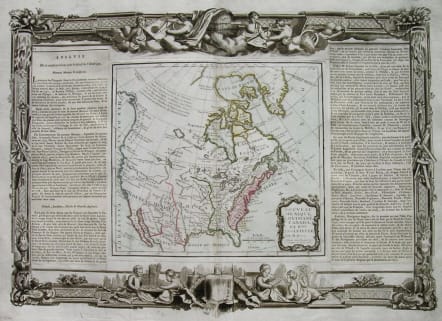 The highly detailed North America map from Brion de la Tour's Atlas General, Civil, et Ecclesiastique, from Baffin's Bay to Central Mexico. The sketchier mapping of the West Coast is based on Russian sources, published in St. Petersburg in 1754. The map, in delicate outline color, is surrounded on both sides by text on the discovery and history of the French, Spanish, and English territories in North America.

*The map shows the extent of discoveries in the Southwest, Alaska and the Arctic Regions. Two long rivers run from California to the Rocky Mountain region, the Northernmost attaching Lake Winnepeg. Extensive note regarding explorations along the NW Coast of America, but the Sea of the West has given was to the Decouvertes Des Russes. The Mississippi River drainage is now well explored by the French, who are now shifing west following the end of the French & Indian War. A number of French forts shown, including Detroit, S. Pierre, S. Charles, S. Phillipe, Huillier, S. Francisco, and Rosalie 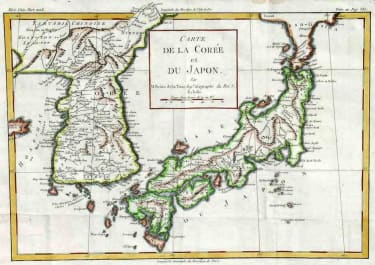 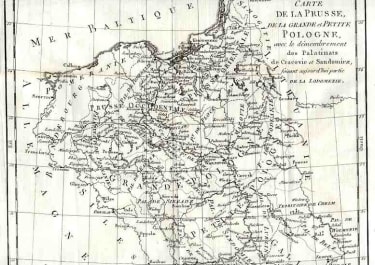 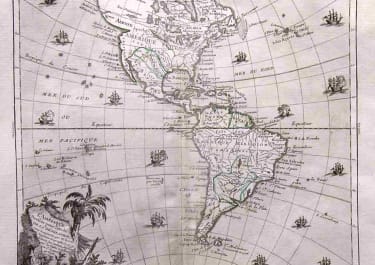 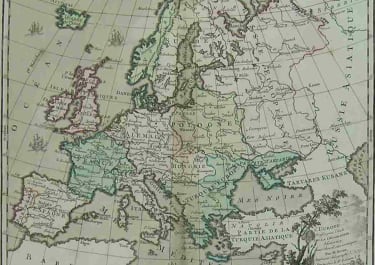 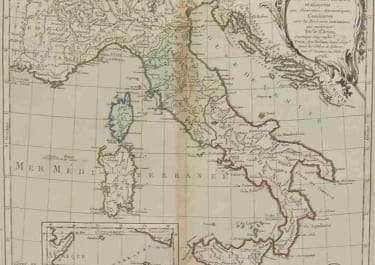 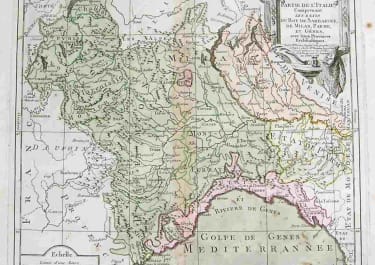 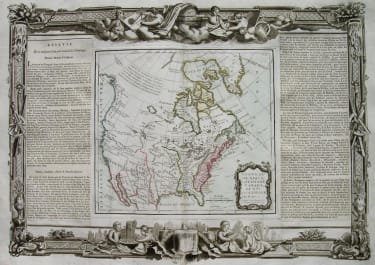 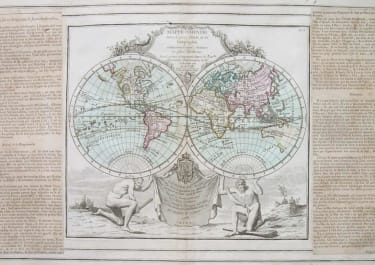 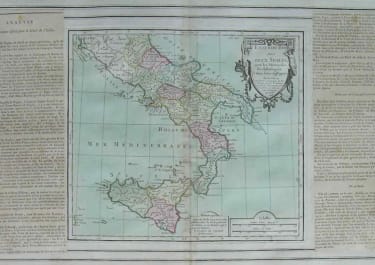 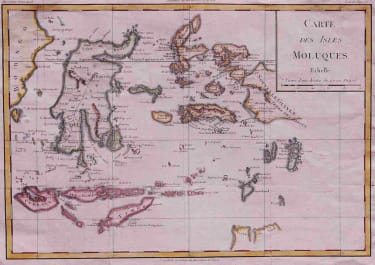 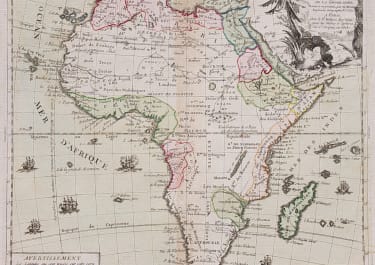 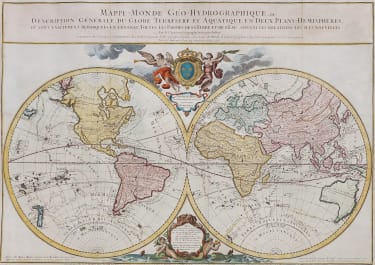