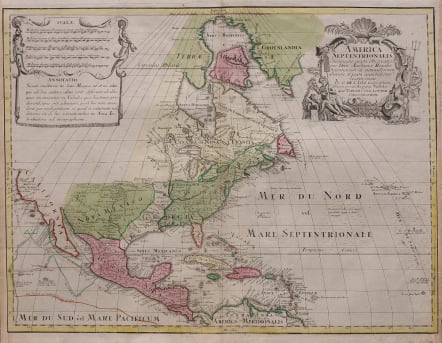 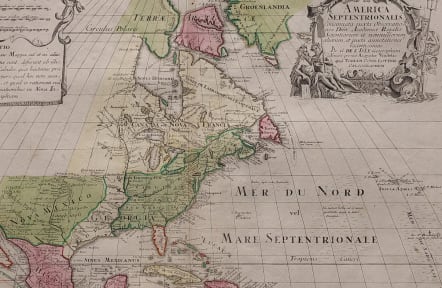 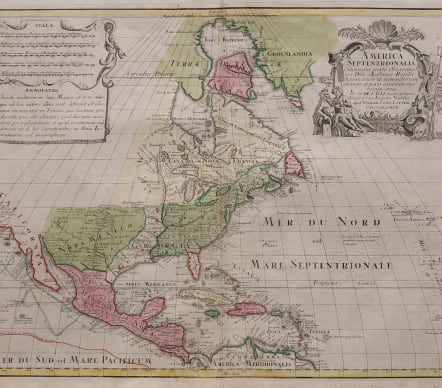 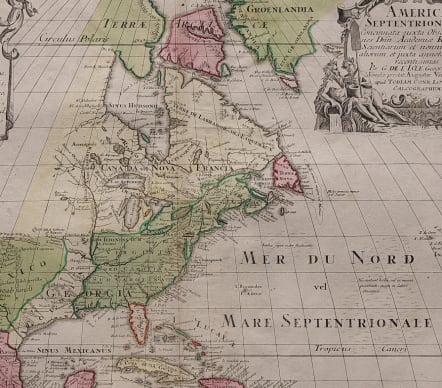 This is a striking map of the new world, with original hand colour. Based on De L'Isle's earlier seminal map.

Showing the colonial possesions of several nations, we see the Spanish developments in the southwest, French territories throughout Canada and the western Mississippi valley, as well as the British colonies. The Great Lakes are based on the Coronelli model showing the French strong points at Tadousac, Quebec, Fort Sorel, Montreal and Fort Frontenac. The English settlements are confined east of the Mississippi and Illinois Rivers and include all the land around both lakes Erie and Ontario. French Louisiana is comprised of a narrow strip between the Mississippi and New Mexico, but stretches south to include most of present-day Texas

Suprisingly accurate depictions of rivers and coasts, this map provides a reasonably proportionate image of an expansive land. Borders are well distinguished by colour, yet there are hints of expansion as the borders of the southern colonies not only extend to the Mississippi, but continue beyond into the French Louisiana territory.

The Lotter family were and engraves and publishers based in Augsburg with a prolific output of maps in the eighteenth century.

Tobias Conrad Lotter (1717-1777) worked with Georg Matthaus Seutter (his father-in-law - he married Georg's daughter in 1740) and Tobias Lobeck. In 1756 he succeeded his father-in-law jointly with Albrecht Seutter's son and Georg Balthasar Probst, also re lated by marriage. In 1758 Lotter inherited half the copperplates of the Seutter firm and was able to set up his own, independent publishing house that same year. Some of his best known atlas works are the "Atlas Minor" (c.1744), the "Atlas Der Ganzen Welt" (1748) and the "Atlas Novus" (c.1770), as well as numerous, important, single map - the "REcens Edita Totius Novi Belgica" of c.1760 being just one of note.

The Seutter/Lotter collaboration was recognised as one of the great German publishing endeavours of the eighteenth century.

Tobias Conrad was succeeded by his sons Matthaus Albrecht Lotter and Georg Friedrich Lotter, and other family members were also involved. 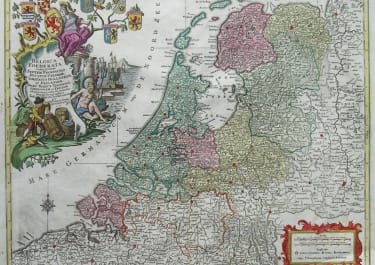 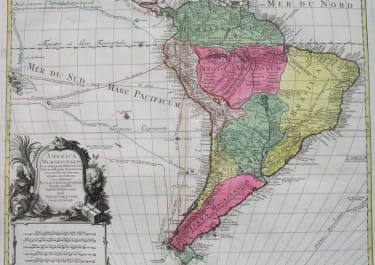 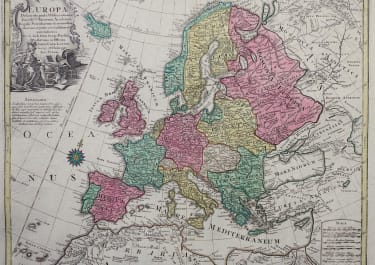 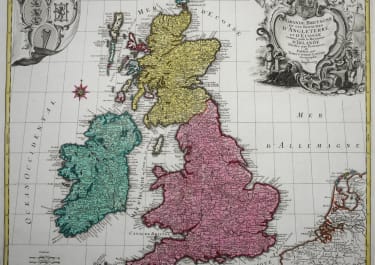 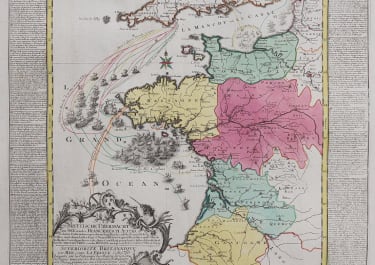 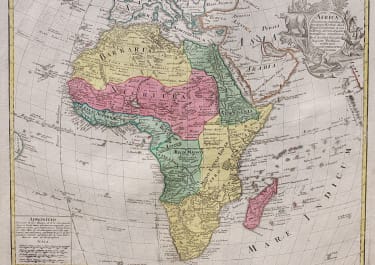 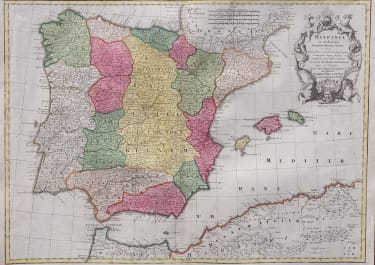 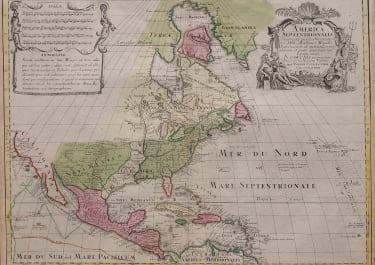