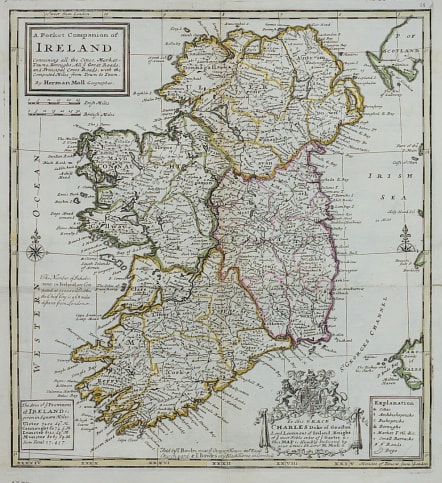 A POCKET COMPANION OF IRELAND

This is a larger version of the earlier 1729 issue and it appears rarer.

Published In: Atlas minor: or a new and curious set of sixty-two maps, in which are shewn all the empires, kingdoms, countries, states, in all the known parts of the earth; with their bounds, divisions, chief cities & towns, the whole composed & laid down agreable to modern history. By Herman Moll, Geographer. (3rd ed.) London, Printed for Thos. Bowles in St. Pauls Church Yard & John Bowles at the Black Horse in Cornhill (1736?) 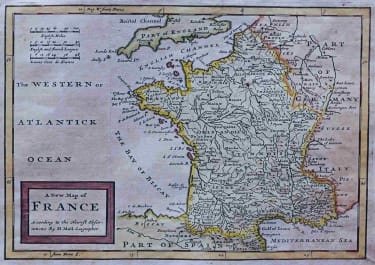 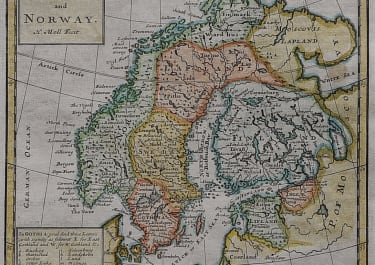 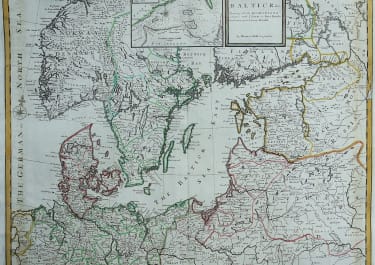 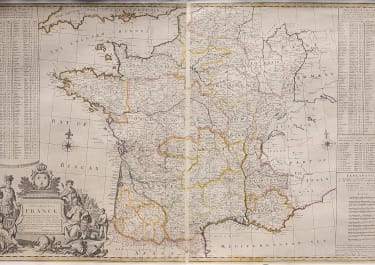 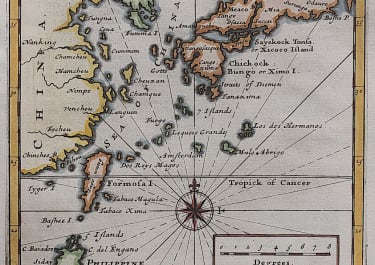 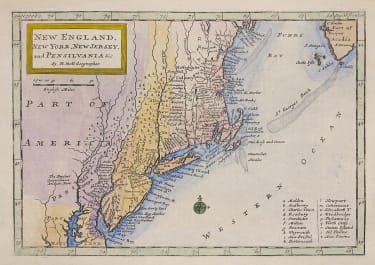 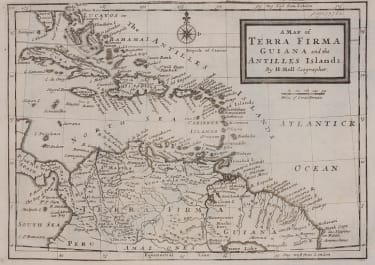 MOLL MAP OF THE CARIBBEAN AND COLUMBIA , VENEZUELA 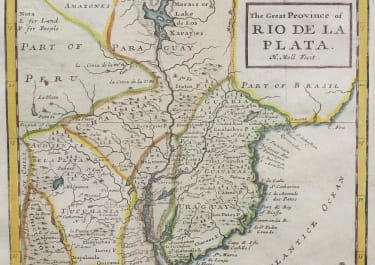