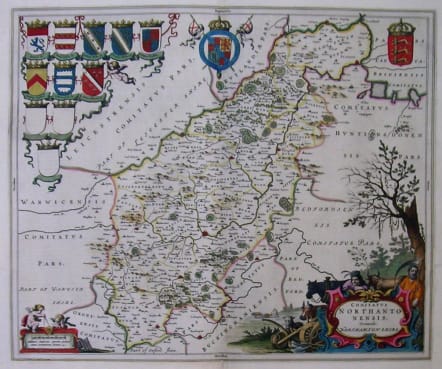 "The finest Dutch map publishers were the Blaeu family, and they hold the title of mapmakers supreme for any period of cartographical history." (R. Baynton-Williams, Investing in Maps).

Willem Janszoon Blaeu (1571-1638) was the founder of the Blaeu publishing house and established the fine reputation of Blaeu maps.

He published his first world atlas, the Atlantis Appendix in 1630, in association with his eldest son, Joan Blaeu (c.1599-1673). The atlas was based around the printing plates acquired from Jodocus Hondius Jr.'s stock, who had himself published the later edition of Mercator's Atlas. The atlas contained some sixty maps. This work was expanded in 1631 to contain 98 maps and bore the joint imprint of father and son with the title Appendix Theatri A.Ortelii Et Atlantis G. Mercatoris.

In 1634 he commenced publication of the Theatrum or Novus Atlas. This two-volume work was larger still with up to 208 maps. This atlas, published in four separate editions in four different languages, was clear evidence of his ambitions. The success of this atlas and plans for subsequent projects meant a premises move at this time. Just one year later in 1638 Willem Janszoon Blaeu died and control of the business passed to his son, Joan.

Joan "aimed at the full description of heaven, earth and water" (Koeman, Atlantes Neerlandici) and continually expanded the Novus Atlas in this quest. The work grew to some nine to twelve folio volumes by c.1662 known as the Atlas Major, generally regarded as the pinnacle of atlas- publishing. The Atlas Maior finally incorporated over 650 maps, often found in the loveliest contemporary colour.

The Blaeu printing house was one of the largest in the world and Joan was assisted by his sons Willem, Pieter and Joan II. Their endeavours insured Blaeu maps were, and still are, renowned for the consummate care and attention apparent in every stage of production - using only the best paper with finely engraved plates and a high standard of printing. 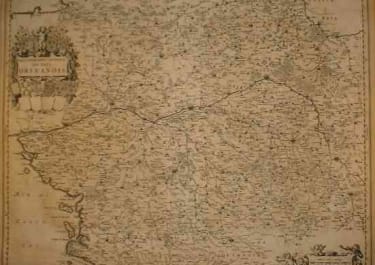 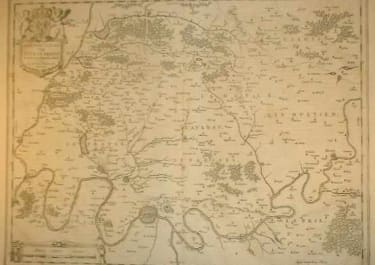 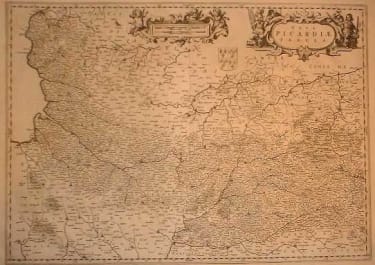 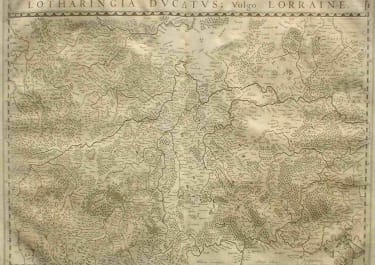 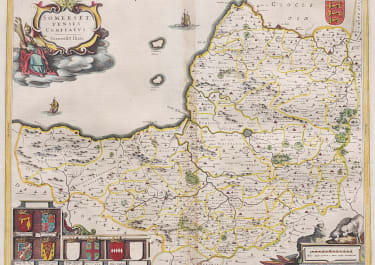 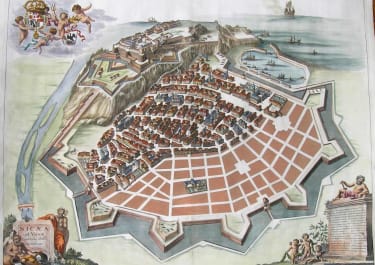 NICE BY BLAEU FROM THEATRUM SABAUDIAE 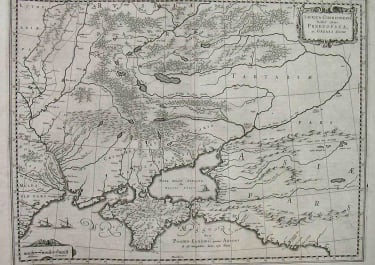 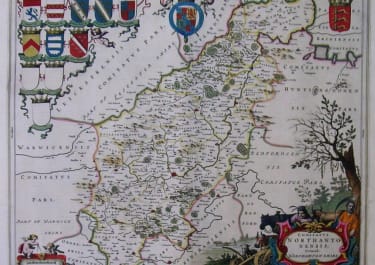 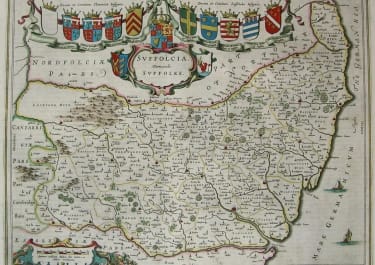 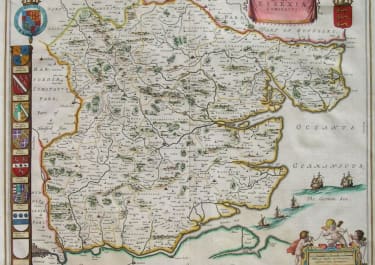 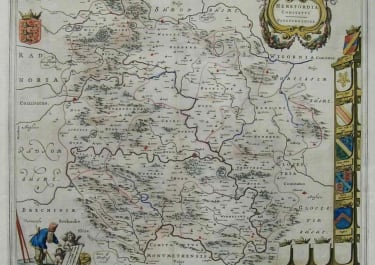 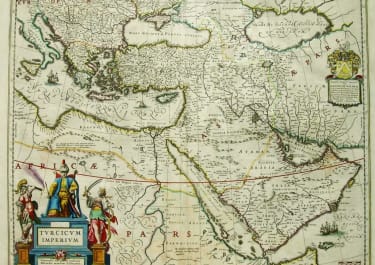 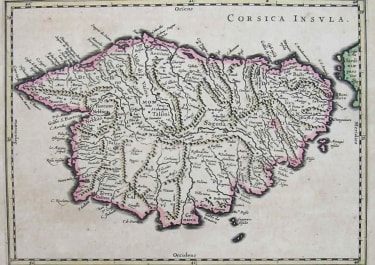 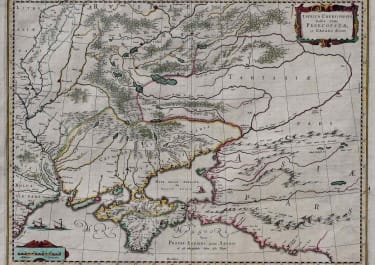 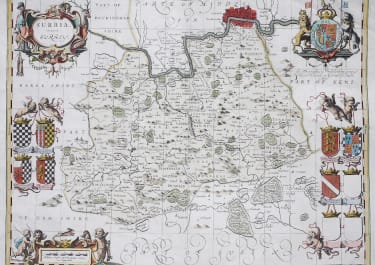 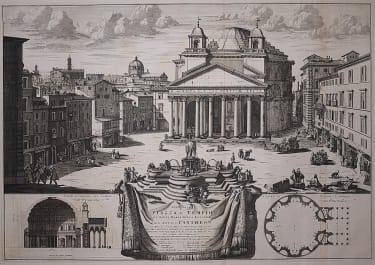 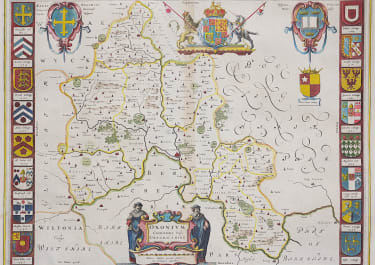 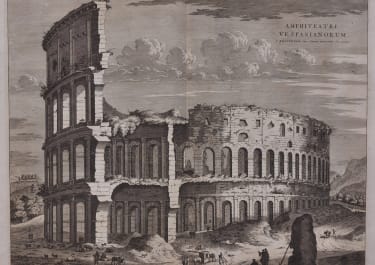 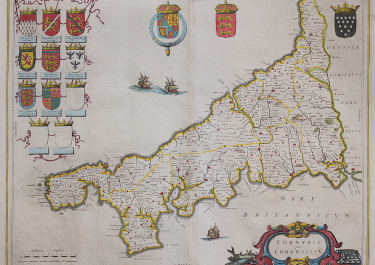 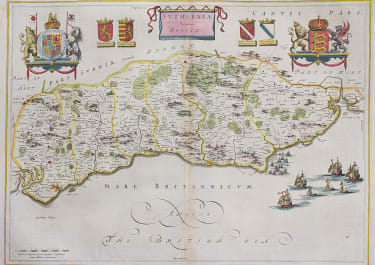 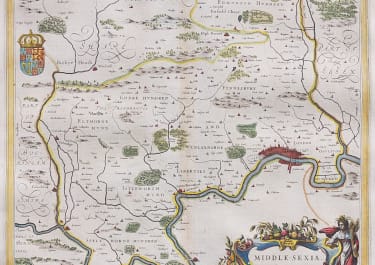 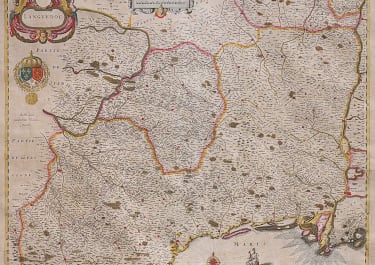 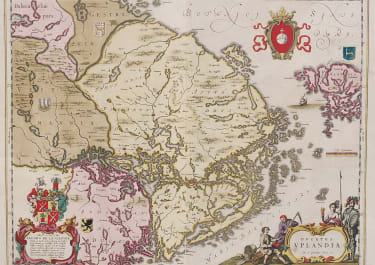 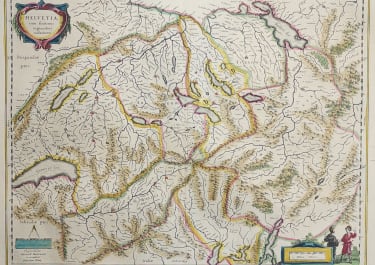 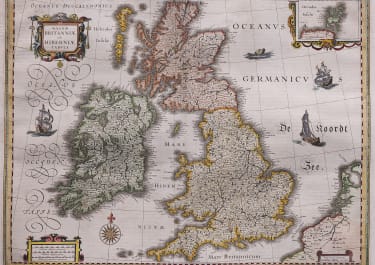 BLAEU'S MAP OF THE BRITISH ISLES 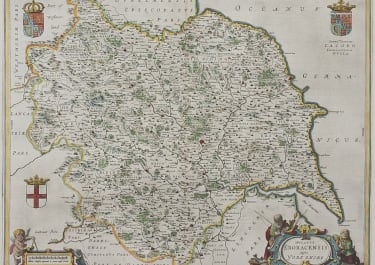 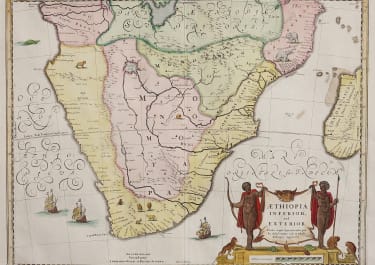 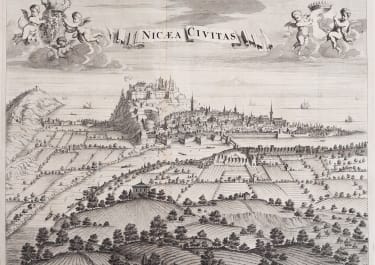 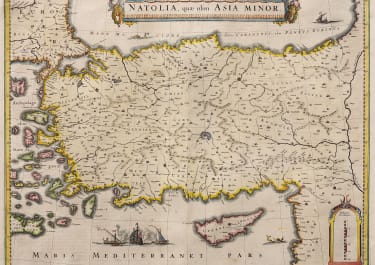