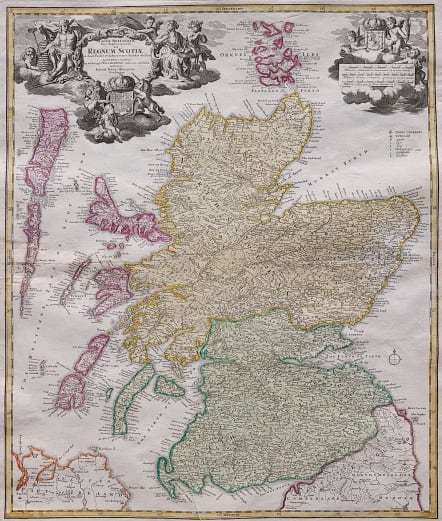 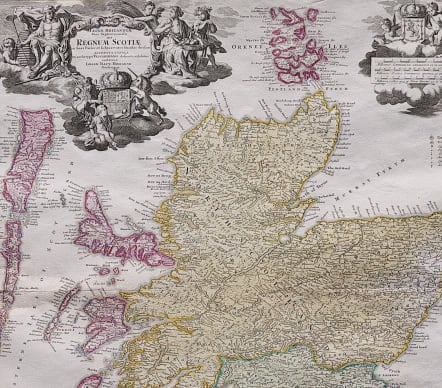 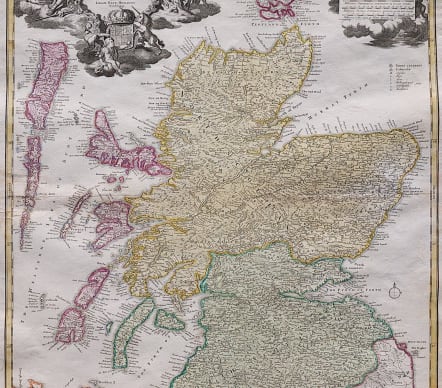 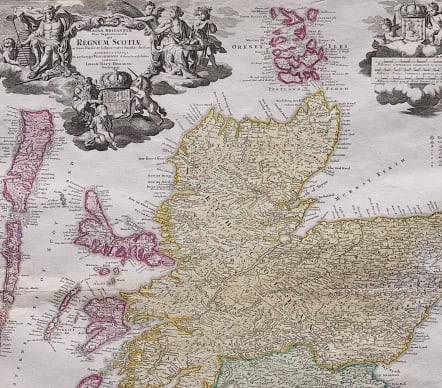 Superb map of Scotland including the outlying islands. The map is filled with minute detail and hundreds of place names. Superb title and distance scale cartouches surrounded by mythical figures, putti and the royal coat of arms. Very nice impression with original colour in map and cartouches uncoloured, as was the fashion in this period. 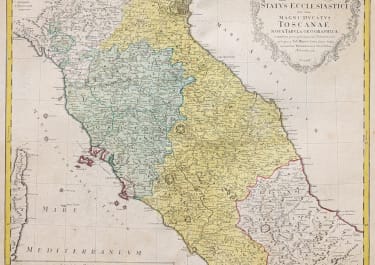 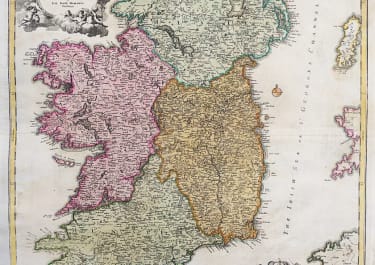