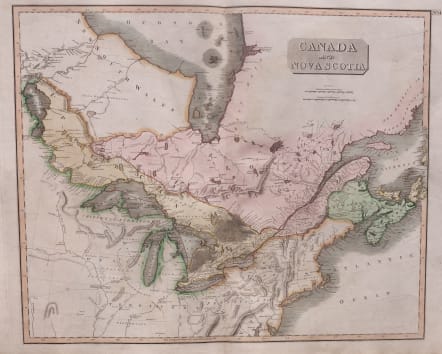 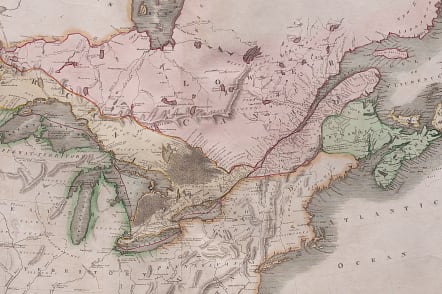 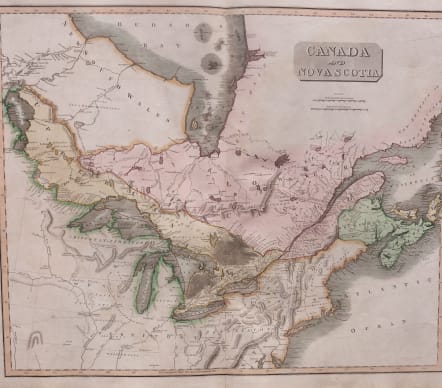 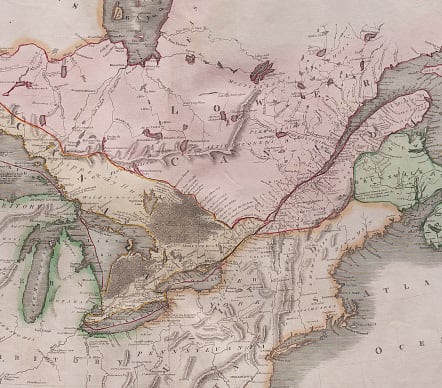 Superb map of Canada at the beginniong of the nineteenth century. From John Thomson's New General Atlas. Shows the boundary between New Brunswick and Maine as it was before the Aroostook War of 1838-39, which resulted in the present border being settled by the Webster-Ashburton Treaty of 1842.

This border had not been officially delineated at the end of the Revolutionary War, when Great Britain claimed New Brunswick as a colony. Place names are almost exclusively taken from places in Great Britain.

Thomson names Indian tribes such as the Winebagos and Ootawas, and territories such as ‘The Chippeway Hunting Area’ and the ‘Buffalo Plains’. He depicts two great forested areas, one to the east of Lake Huron and the other to the north of Lake Ontario. The Hudson Bay, the second largest bay in the world, is a huge body of saltwater with a surface area of 470,000 square miles, which dominates the upper left quadrant of the map. The intent of Great Britain to maintain holdings in the New World is obvious in names such as New Britain (the coast of Labrador). 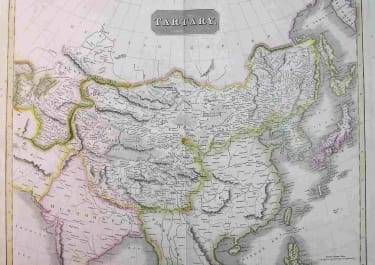 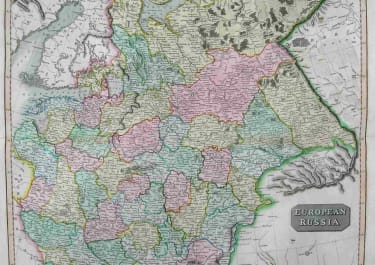 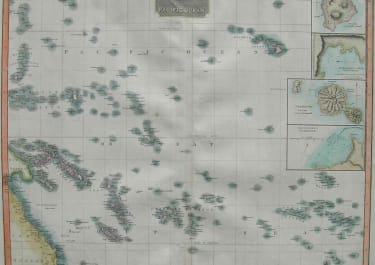 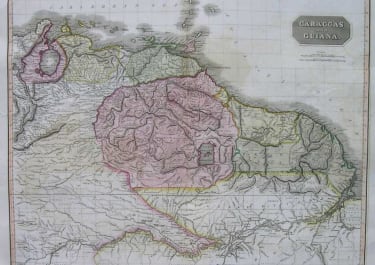 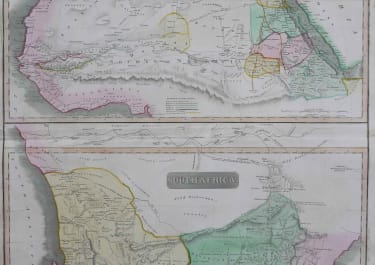 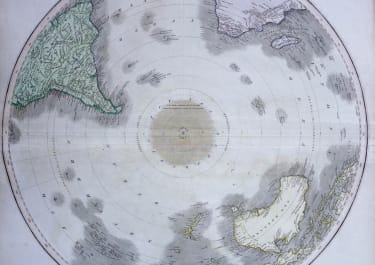 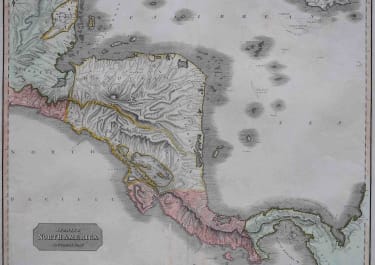 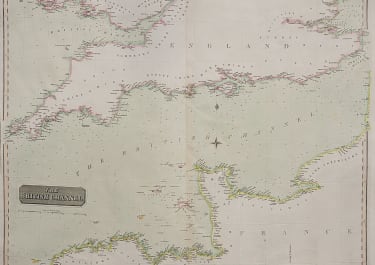 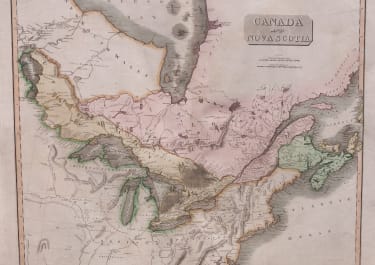 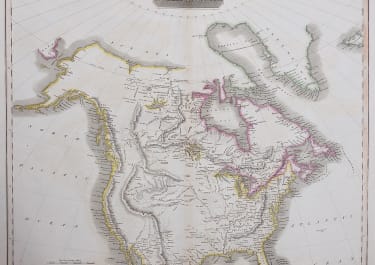 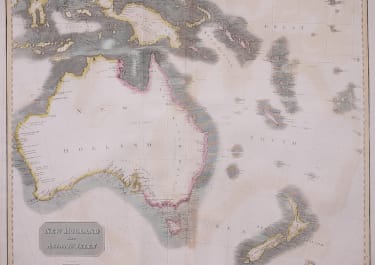